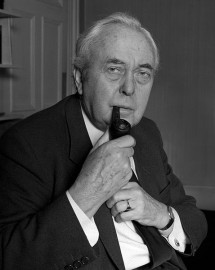 The following policy statement has been issued by Britain in Europe Ltd. and the Campaign for Europe. It was adapted by a joint meeting of the two organisations on January 17 1968.

Our organisations unreservedly support full British membership of the European Economic Community and emphasise the historic nature of this step, massively backed by Parliament, the main political parties and public opinion.

We also welcome the Government statements that have referred to the aim of political unity in Europe, but we stress the need to make clear that what is wanted is a union tight enough to enable the European countries to take effective political action in common. This can be done only by a supranational European Political Community, with a strong and independent Commission, weighted majority voting in the Council of Ministers, responsibility to a directly elected European Parliament, and powers in the fields of foreign policy and defence as well as economics. Such a community would consist of Britain, the members of the existing European Communities, and such other European countries as agree to accept the obligations of membership, which should include effective adherence to the European Convention of Human Rights.

The present French Government is reluctant to agree either to British membership of the existing community or to the extension of its power, whether by strengthening the institutions or by applying the community method to questions of foreign policy and defence.

Whilst it is sometimes argued that any desire expressed by the British to join in establishing a European Political Community would reduce the chances of British entry, we believe that the opposite would be the case. British advocacy of a more federal approach is bound to secure very strong support from the other five governments of the Community from the European Commission and from public opinion throughout the Community, including France. This will tilt the balance of political forces so as to make British entry more likely during the term of office of the present French Government, and almost certain thereafter.

Quite apart from these negotiating considerations, the establishment of an effective European Political Community is strongly in the long-term interests of Britain, of all the members of the existing Communities, and of other European countries, in achieving common European policies in external relations, and a greatly enhanced status and influence for Europe in world affairs.

The British Government and unofficial British organisations should therefore make it clear that they support the following proposals for strengthening the Community in a supranational or a federal direction.

The independence of the European Commission should be safeguarded and its role enhanced. The European Parliament should be given greater responsibilities in relation to the Community’s executive and the Community budget, and steps should be taken leading to direct and universal election for its members.

The entry of new members into the EEC should be taken as an opportunity to revise the system of voting in the Council of Ministers in such a way as to reduce the power of a small minority to block decisions.

Community policies should be formed in a number of economic fields where they are at present either non-existent or at a very early stage, for example in monetary policy (leading to the establishment of a European Reserve Currency) the harmonisation of European Company and Patent laws and the development of common policies on energy, transport, economic planning, science and technology, commercial policy towards Eastern Europe and aid to low-income countries. Community funds should be expanded so as to finance.

b. an increased programme of regional development

c. a common programme of aid to the low-income countries of Africa, Asia and Latin America

d. the creation of a federal monetary reserve system. Any surplus in the Community budget arising from contributions to the agricultural fund should be used for these purposes, which are in the interests of both Britain and the Community as a whole.

A common European defence policy and common arms procurement should be developed. This should lead to the establishment of a European Defence Community as an integral part of the Political Community

A common European foreign policy should be developed in the European Political Community. Among its aims should be:

a. to work on a basis of greater equality with the United States

b. to work for increasingly close and friendly relations with the Soviet Union and the other countries of Eastern Europe, and for a solution of the German problem within this context

c. to help speed the development of the countries of Africa, Asia, and Latin America, which include the less-developed countries of the Commonwealth

d to establish a mutually beneficial relationship with other developed countries including Australia, Canada and New Zealand

e. to strengthen the United Nations so that it becomes an effective instrument for peace-keeping and for promoting economic collaboration between the different regions of the world.

Whilst the British Government should avoid raising any more than a bare minimum of subjects with respect to negotiations for entry into the existing European Economic Community, a forward looking European policy on a broad front on the part of the British Govern­ment is not in conflict with this requirement. A broad European policy should be made the basis of policy planning on a wide range of subjects, of declarations made by the Government and by unofficial British organisations, and of official British initiatives, all of which can be separate from negotiations for British entry into the Economic Community. Indeed the British Government should be encouraged to take initiatives in consultation with other European countries in all these fields without waiting for a successful conclusion of negotiations for entry into the EEC.

The campaign hopes that entry will not be long delayed, and considers that a European policy of the type outlined above will improve the prospects of early entry. But it must be recognised that entry may not be negotiated until the 1970s. The Campaign stresses that, in these circumstances, there are no alternative groupings of which Britain should try to become a member, and that the aim should be to achieve economic strength while adopting as many aspects of a full European policy as are feasible during a period of exclusion from the Economic Community. This could include alignment on Community policies in, for example, taxation, agriculture, transport and social services, as well as co-ordination of foreign and defence policies. But the Campaign is convinced that any such delay would represent a damaging loss of political influence and technological progress not only for Britain but also for Europe as a whole and will spare no effort to bring this fact home not only to the British people and the Government but also, in collaboration with similar groups on the Continent, to the peoples and Governments of the member countries of the Community as well.