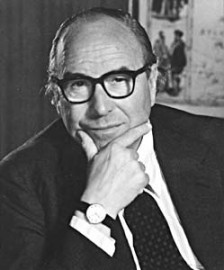 Roy Jenkins, leading proponent of British membership of the EEC in the 1960s

At the end of October 1967 the European Federalist Movement (European Union of Federalists) sent a questionnaire to 630 British Members of Parliament designed to assess their views on a number of European federalist questions. One hundred forms were returned. Here are the questions and a summary of the replies:

1.             Do you consider the entry of the United Kingdom into the European Economic Community as fundamentally a political or an economic issue ?

All the replies indicated the belief that Britain’s entry was fundamentally a political issue: 20 per cent added that it was also an economic issue.

2.             Do you believe in the need for a European Federation founded on democratic institutions?

a. increasing the controlling power of the European Parliament?

b. direct election of the members of this Parliament by universal suffrage?

Published in Into Europe, the newsletter of Britain in Europe Ltd and Campaign for Europe, February 1968