Any institution needs its critics

Any institution needs its critics 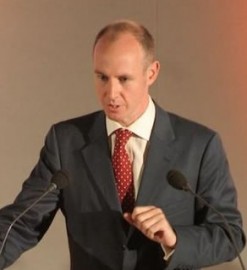 In the furore about reported failings in the National Health Service recently, Daniel Hannan MEP remarked that:

Any organisation that is treated as being beyond reproach is bound in time to become flabby, self-serving and producer-centred. It happened to the mega-charities. It happened to the United Nations. It would be surprising if the NHS were an exception.

And there’s something in this. Costs rise, critics get marginalised and disillusioned, groupthink becomes the norm.  Any institution needs its critics, and the inclusion of the United Nations on his list makes some kind of sense.  It is an important institution, it deserves to be revered by people of a democratic world-view, but it still needs to be criticised?

So, how to criticise the United Nations?

It needs to be transparent in its actions so that it is possible to hold it accountable, and it needs a group of people with the formal role of exercising that accountability. A parliamentary assembly composed of people representing the citizens, i.e. not the governments, who are themselves already deeply implicated in the actions of the UN, would be the way to provide this.  To get stronger, the UN needs its weaknesses exposed and examined.  Criticism is good.