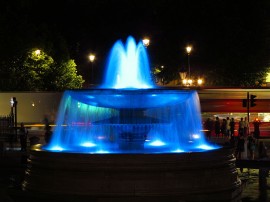 The first set of reports from the government’s Balance of Competences (BoC) review emerged yesterday after 9 months gestation to a joyous public reception.  The fountains in Trafalgar Square and even Niagara Falls turned blue to celebrate this achievement of the Conservative party.  Although, on closer inspection, things aren’t quite that straightforward.

The whole point of the BoC review was to put some substance underneath the demands for renegotiating Britain’s membership of the European Union. Rather than looking like an ill-considered ideological spasm, it should be based on a serious and thorough analysis of the facts.  (Think of Gordon Brown’s famous five tests for joining the euro as a precedent.)

Government departments issued calls for evidence and convened expert workshops, interest groups of all kinds submitted their views, and the final distillation comes out to say that – tan-ta-ra – things are just about OK.

On balance, EU membership is beneficial for Britain, and the range of things to be done to improve it is rather small.

This is only the first round of reports, and there are three more to come which might provoke more controversy, but already it is clear that the government’s strategy is failing.  How can one tell the country (or one’s backbenchers) that substantial renegotiation is needed (or has been achieved) if there is not much obviously to renegotiate?

The fact that these reports were published in the parliamentary recess with no fanfare, rather than the previous week by ministers, tells its own story.  David Cameron’s plan to present a set of demands to the rest of the EU and put the outcome to an in/out referendum on membership looks more reckless by the day.