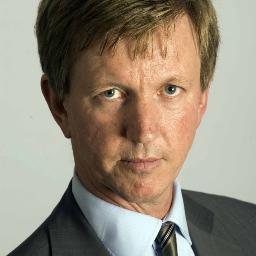 A very interesting article in the Daily Telegraph last Friday by Jeremy Warner (read it here) sums up the eurosceptic dilemma and reveals the perverse nature of the way they solve it.

If the Germans are to save the euro, which one would expect them to try to do based on their previous positions and actions, there are five key steps to take:

(3) The eurozone should institute a single banking system, with a common deposit insurance scheme

(4) Inflation must rise to perhaps 5 per cent, to enable wages and prices in the uncompetitive parts of the eurozone to adjust

Any one of these, thinks Jeremy Warner, would be a lot to ask of the Germans, but all five?

Point (2) corrects a current anomaly – who is the lender of last resort in the eurozone at the moment?  The answer is that no-one is, which is a certain route to instability, as we are now learning.  If the German political class is in favour of “stability”, then this point is a must.

Point (3) is also important, but I do not see why it should be difficult to agree common rules for banking supervision.  The bankers and their friends in the print media may not like it, but regulation should not be devised to suit producers but consumers.  This website has reported previously on the problems encountered by consumers when dealing with cross-border banking.  Completing the single market here should be obvious.

Higher inflation goes against, it is said, German folk memories of the 1920s, when the value of printed paper disappeared and millions lost their savings.  But a worse disaster was visited upon the German people 10 years later as a result of the depression, when millions of people had lost their jobs.  It is possible to allow inflation to rise gently without losing all control: that is what should be done now.

And the last point is positively desirable, even were there no banking crisis.  But maybe not everybody in Germany disagrees.

So, a useful summary of what needs to be done.  And the eurosceptic dilemma is this: do they want these things to happen?  Here is Jeremy Warner:

Back in Britain, David Cameron is spot on with his analysis that Europe must either make up or break up. Privately, both Mr Cameron and his Chancellor, George Osborne, must prefer a break-up, which is plainly more in Britain’s long-term interests than Europe making a go of the single currency, leaving our island race stranded on the sidelines. Yet they cannot say that for fear that Germany might ultimately make it work.

Think about what this is saying.  It is generally recognised that the breakdown of the eurozone would precipitate a further economic downturn which would affect not only the countries that use the euro but also the countries they trade with.  Prime among them is the United Kingdom.  Recession on the continent means a loss of business opportunities here at home.  No-one who wishes our economy well wants to see such a crisis.

Except the British eurosceptics.  The idea that the rest of the EU should solve its problems together under shared, democratic, legitimate institutions is so abhorrent that we should wish recession on ourselves in order to prevent it.

Rather than the eurozone returning to prosperity and becoming a prosperous trading partner for Britain once again, they prefer poverty all round, including for ourselves.

The view of this website is that life is not a zero-sum game.  If others are doing well, that does not mean that we must do badly.  In a free market economy, prosperity can spread: it is not gained at another’s expense.  If Jeremy Warner’s description of the eurosceptic mindset is correct, what a blinkered and bankrupt view of the world it really is.