Brown, Blair and the constitutional treaty

Brown, Blair and the constitutional treaty 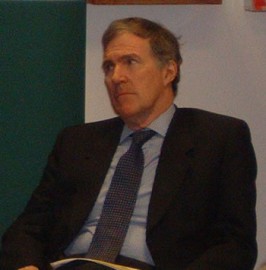 During the past month it has become much clearer how Mr Blair at least hopes that the politically difficult question of the European constitutional treaty will be resolved over the coming months. In a widely-publicised interview with the Financial Times last month, he argued that no referendum would need to be held in the United Kingdom if instead of attempting to revive the wide-ranging European constitutional treaty, the twenty seven countries of the Union now simply agreed on a number of amendments to the existing European treaties, incorporating only some of the less contentious elements of the failed constitutional treaty. In Mr Blair’s view, such amendments could be regarded as purely technical and administrative in character, involving little or no further pooling of British sovereignty within the European Union. In these circumstances, a purely parliamentary ratification process for the United Kingdom would be sufficient.

All the more attention was given to Mr Blair’s interview because of the report which accompanied the interview that this new British approach to the future of institutional reform in the Union was shared by Mr Blair’s likely successor, Mr Brown. Mr Blair’s present intention is to attend as one of his last acts as Prime Minister the European Council in June, at which a timetable and negotiating mandate will probably be agreed for a new Intergovernmental Conference of the European Union. Mr Blair now seems to share the hope of Mrs Merkel, who will be presiding over the European Council in June, that this new Intergovernmental Conference will be able to present to another European Council this year or next a proposed series of treaty amendments deriving from the European constitutional treaty. If, from the British point of view, all goes well at the Intergovernmental Conference, it should be possible for Mr Brown to accept these treaty amendments, argue that they are sufficiently marginal and technical in character not to merit a referendum in the United Kingdom and ratify them by using Labour’s substantial Parliamentary majority at Westminster.

The attractions of this tactic will certainly have increased with the election as French President of Mr Sarkozy, who is himself eager to avoid a referendum on a new European treaty. His proposals for a limited “institutional treaty”, which would not need to be the subject of a further referendum in France, have clear common ground with the approach sketched out by Mr Blair. There have been persistent reports over the course of the German Presidency of the Union this year that Mrs Merkel was working discreetly to ensure a common view on the successor text to the European constitutional treaty between Berlin, London and Paris (if Mr Sarkozy was elected), a common view which would find its expression in the decisions of the European Council in June.

There are, however, two possible barriers to such a smooth and in many respects satisfactory resolution of the problems arising from the impasse over the European constitutional treaty. The first is that over the next six months the new Intergovernmental Conference may find it impossible to agree on the amendments to the existing treaties that it wishes to extract from the constitutional treaty. Eighteen countries have already ratified the constitutional treaty and will naturally wish to preserve as many as possible of its provisions. Britain (and possibly others) will be at the other end of this spectrum, eager to limit to the absolute minimum the proposed amendments to the existing treaties, fearing in the British case particularly that no domestic referendum could currently be won on a wide-ranging set of European institutional innovations. Mr Sarkozy’s proposals for an “institutional treaty” sit somewhere between these two extremes, but in their present form are probably somewhat more substantial than Britain at least would wish. Another set of controversies may be raised by the Polish government, which is apparently still unreconciled to the new weighting of votes in the Council to Poland’s disadvantage, which was so prominent a feature of the constitutional treaty, but is regarded by all Poland’s partners as an essential element of the Union’s new institutional balance.

The second unknown factor in this new emerging European equation is the role of Mr Brown as Mr Blair’s likely successor. It may well be that he has acquiesced until now in the proposed tactics of Mr Blair. But political and personal relations over the past ten years between the two men have been notoriously volatile. It is entirely conceivable that once Mr Brown becomes Prime Minister he will strike an entirely different tone to that of his predecessor. The recent local and regional election results suggest that the current political position of the Labour party is an uncomfortably weak one. Mr Brown may well find himself at the end of this year or the beginning of next on the horns of a (largely self-created) dilemma.

He does not wish to be isolated in the European Union in the now increasingly plausible event that a consensus on institutional questions can be achieved between Britain’s twenty six partners. On the other hand, he will be reluctant to sign any agreement which makes him vulnerable to apparently persuasive calls for a referendum in the United Kingdom to endorse the contents of this agreement. Having accepted the (flimsy) case for a British referendum on the original constitutional treaty, Mr Brown and New Labour will be very sensitive to accusations that he is now trying to implement its provisions “by the back door” without a national referendum.

Mrs Merkel has been more successful than many observers hoped (or feared) in reviving under the German Presidency the European debate about a successor text to the European constitutional treaty. In six months time, Mr Brown may find himself not thanking her for doing so. It is overwhelmingly likely that David Cameron and the Conservative opposition will call for a referendum on even minor changes to the existing European treaties. A number of factors will influence Mr Brown’s willingness and ability to resist these calls in late 2007 and the first half of 2008. Principal among them is likely to be his perception of the impact of such a debate on his and his party’s electoral prospects in the next General Election, which might well take place in 2009.

He may conclude that the Conservative party will be damaged by shrill and obviously unreasonable calls from the major opposition party for a referendum on a text which is being ratified by parliaments in other member states. This would presumably encourage him to sign the agreed amendments to the existing treaties and subject them only to parliamentary ratification in the United Kingdom.

On the other hand, he may conclude that Mr Cameron would be the beneficiary of a debate about whether there should be a referendum on whatever new elements of sovereignty-sharing (real or imagined) the adopted amendments contain. This would be an uncomfortable risk for Mr Brown to be taking in six months time, particularly against the likely background of unfavourable opinion polls for the Labour government.

Had Madame Royal been elected French President this month, Mr Brown would have been much less likely to face that risk in late 2007. Her position would have been so much further from the European centre of gravity, both in her proposals for amendments to the Constitutional treaty and in her support for a referendum on the final text, that agreement among the heads of government would have been much less likely. Mr Brown might well end 2007 in consequence regretting the defeat of a left-wing candidate for high office in a major European state. This would certainly be a novel and probably deeply unwelcome experience for him.