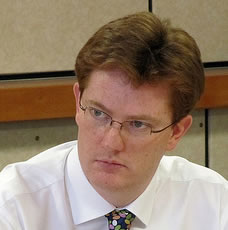 The Liberal Democrats at their conference in Liverpool this week were discussing the coalition government.  A coalition is necessarily a compromise between different and even conflicting interests, and resolving those conflicts satisfactorily will be an important factor in keeping the coalition together.

But it remains a coalition.  The two parties have different philosophies and outlooks and will be fighting the next election against each other.  How, therefore, to distinguish between the things that the Liberal Democrats are doing because they want to and those things they are supporting because that is what their coalition partners want?

One argument is that the Liberal Democrats should draw a very sharp distinction between the two, and contest the next general election on the record of those things that they pushed through themselves.  The counter to this is that such an approach risks revealing rather a small list of achievements and illustrate the long list of concessions that was made in return: better to champion everything the coalition government does, even at the price of supporting policies that they would have otherwise opposed.

But it is one thing to suggest that, in the wider interests of the coalition, the Liberal Democrats should support policies they don’t really agree with, and quite another to suggest that their previous policies were wrong.  Here is an example of what I mean.

Danny Alexander, Liberal Democrat chief secretary to the treasury, is asked by Andrew Neil whether Britain should have joined the euro.  (Watch it here http://www.bbc.co.uk/news/uk-politics-11374407 or read about it here http://www.bbc.co.uk/news/uk-politics-11380431.)  He said that it should not, and that he was wrong to have argued previously that it should.

Now, the coalition agreement rules out euro membership for the next five years at least and, even though the Conservatives and Liberal Democrats will have to defend that agreement for the rest of this parliament, there is no reason why they have to do it for the same reasons.  For the Conservatives, it might be an ideological matter: for the Liberal Democrats, it is a matter of economics.

For whether or not it would have been better for Britain to be in the euro right now depends on the circumstances in which we had joined.  If we had merely added to Gordon Brown’s other economic policies by joining the euro on the wrong terms, then we would have been worse off.  But if joining the euro had been part of a different economic strategy altogether, reducing our aspiration to be an off-shore financial centre rather than enhancing it, then we would be better off now.  The financial crisis would have hit us less severely.  (Read about this argument here http://federalunion.org.uk/michael-white-an-apology/ )

We can’t join now because of the economic inheritance from the previous government, but that does not mean that we could not and should not have joined before.  (Read about this argument here http://federalunion.org.uk/how-to-both-support-and-oppose-the-euro-at-the-same-time/ )

One of the benefits of euro membership is that, even at the worst moments (perhaps especially at the worst moments), sharing the same currency as our major trading partners is better for our economy.  It’s the platform on which our economic strategy can be built.  To repeat, getting the economic strategy wrong in those conditions could make things worse, but who goes into government believing that they will get their policies wrong?

The debate about how much difference the coalition agreement can permit the Conservative and Liberal Democrat parties should concentrate on policies for the next five years.  The Liberal Democrats do not need to abandon their previous (and future) policy on the euro, just because they find the atmosphere within the coalition government remarkably congenial right now.  They ought to stick to the things they believe in.