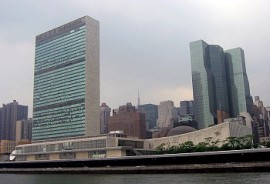 Letter published in The Times, 24 September 2010

Sir, If the ability of the United Nations to deliver results is held back by the self-interest of its member states (letter, Sept 21), we need to find ways of getting round it. One useful innovation would be to create a UN parliamentary assembly, representing not the governments but elected members of parliament from the member states.

Such an assembly could have a consultative role on UN decisions and also scrutinise the activities of the specialist agencies dealing with issues such as health, trade and environment. It would include a more diverse representation of opinion than is normally found at international summit meetings, and will be able to engage more effectively with the public.

If we want to break the log jam at the UN, politics is better than diplomacy.