Completing the process of devolution

Home/Latest News/Completing the process of devolution

Completing the process of devolution 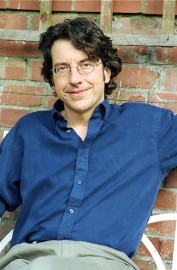 Letter in the Guardian, Thursday 19 February 2009

George Monbiot’s suggestion of an English parliament is not new. We had one during the 1980s, when a Conservative government sustained by English MPs could impose its will on the other nations of the UK. Even with the protection of devolution now, an English parliament would still lead to political life draining away from Scotland, Wales and Northern Ireland back to London.

It is not the English people’s fault that they make up 80% of the population of the UK, but it does mean that England cannot sit happily alongside the other nations as a political unit. The only sustainable federations are ones where the constituent parts are more or less the same size. This means revitalising the case for democratic regional government in England (not dismissing it, as the Conservatives are doing). Can this be done? As George Monbiot himself observes, “you don’t have to love England, you have only to love democracy”.