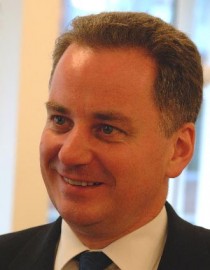 One of the basic laws of ecology is that everything is connected to everything else. The same is true in federalism.

I was prompted to write this by a news report today that Jack McConnell, First Minister in Scotland, had been invited by Northern Ireland secretary Peter Hain to speak to the Northern Ireland assembly at Stormont.

The Northern Ireland assembly itself is in suspension. The different political parties refuse to sit down together because of unresolved allegations about links to terrorist groups. As a result, the devolved assembly was suspended in October 2002 and direct rule was reimposed.

Government decisions in Northern Ireland are therefore taken by ministers without reference either to an elected assembly in Northern Ireland nor to Westminster. For example, the ban on smoking in public places there was decided by Shaun Woodward, the minister, and unlike in Scotland or England, there has never been a parliamentary vote. (Scottish MPs voted on the English ban but English MPs could not vote on the ban in Scotland, but that is a story for another blog entry.)

Jack McConnell was asked to go to Stormont to explain how devolution had benefited Scotland. “We have made great progress under devolution in Scotland. Scotland is a far better country today than it was seven years ago,” he said.

The aim was to highlight how the ordinary people of Northern Ireland are losing out as a result of the stand-off between the political parties. As long as the sole focus of political life is the constitutional status, other practical issues are going to go unsolved. (No, you have not strayed from a blog entry on the European Union, but you could be forgiven for thinking so. Of course, constitutional issues are important, and often are essential in order to solve the practical problems, but they cannot be dealt with on their own.)

The point of devolution is to enable people away from Westminster to take more responsibility for the decisions that affect them. Scotland shows how it can be done, but it is a responsibility which can be used for good or ill. The next few days will show whether the politicians of Northern Ireland can resolve their differences.