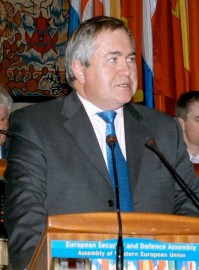 My fax machine brings me an article by Bob Walter, the Tory MP for North Dorset. He is proposing a private members bill in the House of Commons that would remove the right to vote on English-only legislation from Scottish MPs. His intention, so he says, is to “complete the devolution settlement” and “return some fairness to my electors in Dorset and across England”.

He is right that the current devolution arrangements are unfinished, and also that they are unfair, but his bill would go the wrong way about doing this.

A country the size of England needs some kind of regional government – it is too big to be unitary. There are important powers, such as economic development and planning, that are best exercised in communities of up to about 10 million people. England has about 48 million. There is a problem in that the Labour government’s proposals for regional devolution were rejected by a referendum inn the north east of England – which is why the current devolution programme has come to a halt – but one does not solve that problem by creating another one.

A second reason why Bob Walter’s bill is wrong is because of its impact on the rest of the United Kingdom. A genuine settlement will, if it is to last, need to maintain a balance between the constituent parts of the United Kingdom. England is so much larger than all the others that an English government would quickly be dominant. This would be a problem if there were separate elections for an English parliament: it will be an even greater problem if, as Bob Walter proposes, the English parliament is composed of the English members of the House of Commons.

Imagine that a majority in the House of Commons was composed of English MPs alone. It is not hard to imagine: this was the case during the 1980s. The elections in and the political representation from Scotland, Wales and Northern Ireland would cease to have any bearing on UK-wide politics. (This is in fact the case in Northern Ireland at present, although for different reasons.) The demands for a devolved Scottish parliament grew during the 1980s precisely for this reason, and demands for outright independence would surely grow under this new proposal.

It is hard to imagine why an MP from a pro-union party should propose such a measure. The conclusion of Bob Walter’s article explains why. He expects that the government will oppose the bill, and writes “I guess that if you are a Scottish Prime Minister governing England, you would too.” This gives the game away.

Bob Walter implicitly assumes that there will never again be a Scottish Tory as prime minister. This is an extraordinary assumption for a unionist politician to make. He also is willing to play with the constitution for reasons of short-term party political advantage, which is an even more extraordinary position for a conservative to adopt.