Does the government obey the law?

Home/Blog/Does the government obey the law?

Does the government obey the law? 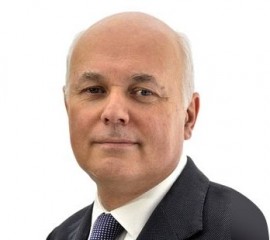 It must hurt when, in government, you are defeated by the opposition.  Still more so when you thought you had the votes lined up on your side, but you never can tell how events will unfold.  One government minister feeling this way must be Iain Duncan Smith, after the ruling by the Court of Appeal in February this year that his workfare scheme was illegal.  His plan to get unemployed young people into work by compulsion exceeded the restrictions that the law placed on his powers, and was therefore illegal.

The government not only makes the law but also has to abide by the law that it has made.  It is an essential part of the protection that we as citizens have that the law can restrain the mighty in order to protect the weak.  The legal arguments are played out in public so that the strongest arguments can be preferred to the weaker ones and everybody can know where they stand.  Our democracy depends on this openness about what the law says, as the Secretary of State for Work and Pensions has found out.

It seems odd that the protections afforded by the law on a relatively minor matter – what kind of work experience an unemployed young person might be compelled to undertake – are greater than those that relate to much greater matters of war and peace.

In the House of Commons debate on Syria last week, the legal position was not clear.  Different lawyers and experts had advanced different views, and the opinion relied upon by the government was not shared with MPs.  There was a summary of the advice available here but not the full detail.  Read that summary and you will find the claim that the UK would still be permitted to take action “under the doctrine of humanitarian intervention”, but nothing more specific than that.  No doubt the government has been given a more detailed and specific opinion – at least, I hope so – but it is not for public consumption.

If decisions of peace and war remained the preserve of the government alone, under the Royal Prerogative, then there might be some justification for this.  But in an era where parliament and the public are supposed to have a say, a development to be surely welcomed, then withholding relevant and important information ceases to be tolerable.  Certainly, it would be hard for MPs to cast a vote to authorise a war if they had not seen the full legal advice on the issue first.  A politician who plunged into a controversial course of action on a lesser subject in that way would be rightly criticised.  We should not treat war more lightly than work experience.