Syria: the next best thing

Home/Blog/Syria: the next best thing

Syria: the next best thing 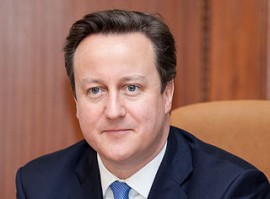 He’d lost the debate before he even opened his mouth.  To summon back Britain’s MPs from the four corners of the earth during the summer recess needs an urgent case: committing British military forces to immediate action is one such, whereas committing to wait for the findings of a UN inspection team is not.

David Cameron thought he had parliamentary support for the former, but as it turned out he could not even deliver a majority in parliament for the latter.  Something like 450 MPs, out of 650, voted for motions allowing for the principle of an armed attack on Syria, but because they did not all vote for the same motion, in the end it does not count.  The prime minister asked the House of Commons for support for his policy, any policy, and did not get it.

It leaves Britain outside any military coalition that might be formed for the attack on President Assad.  It leaves Britain outside any likely future coalition for any other military purpose: even if there is support for it in the country, any foreign ally is going to be very cautious before relying on anything the British government might say about what it might do.

It is odd that this change in the international standing of the UK has come about by accident.  The accident of the parliamentary arithmetic was mentioned above, but there is also the accident of holding the vote in the first place.  The British constitution, such as it is, does not require such a vote before troops are committed to action.  The prime minister acting under the royal prerogative has all the power he needs.

Both Gordon Brown and David Cameron promised, when becoming prime minister, to change the system, but neither ever got round actually to doing so.  Not explicitly, at any rate.  But David Cameron’s defeat on 29 August has changed that.  No future prime minister will be able to ignore parliament on the strength of the claim that parliament would have agreed anyway.  The first parliamentary rejection of a government military plan since 1782 has seen to that.  As is so often the case, the acquisition of powers by a parliament comes not from being granted them by the executive but from seizing them.

Where this leaves the future British role in international affairs is suddenly in question.  Again, because the majority in parliament in favour of intervention could not organise itself properly.  It has long been the contention of this website that the British do not have the power in the world that they think they have, and they would better get used to that.  While they can, they should be advocating the adoption of rules to govern international relations, and they can do that best as part of the world’s most advanced example of rules-based international relations itself, the European Union.

If Britain can no longer threaten foreign countries with cruise missile strikes, for good or ill, then perhaps a renewed effort behind promoting democratic and rules-based international institutions would be the next best thing.