Europe Day, but not in Britain

Home/Blog/Europe Day, but not in Britain

Europe Day, but not in Britain 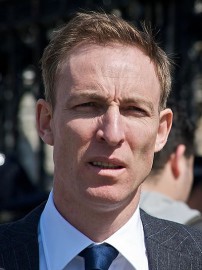 Today is Europe Day, the anniversary of the Schuman Declaration that gave birth to the idea of the European Union. It is celebrated across Europe as a recognition of what the EU has achieved. In Poland, there is a parade through the streets of Warsaw; in Bulgaria, there are educational events around the country; and in Turkey, the foreign minister invited the ambassadors of the EU member states and candidate countries to breakfast.

And here in Britain? The Europe minister, Jim Murphy, confirmed last week that “As has been the case in previous years, the Foreign and Commonwealth Office (FCO) in London has no events planned to mark Europe Day on 9 May.” How cheering. We go to less effort to celebrate the EU than Turkey does.

On the bright side, I should add that Jim Murphy continued to say that “The FCO’s network of missions across Europe do participate in Europe Day events in their host countries, respecting local circumstances” as if that were any comfort. Of course, British diplomats take part in local celebrations, “respecting local circumstances”: it would be downright rude not to. But there is no indication from the government that Europe Day has anything to do with us.

This from a government that wants to encourage more flying of the flags of saints George, Andrew and David on the appropriate days of the year. When it comes to identity and public communication, this government seems to show no interest in the role of Europe.

In previous years, there have in fact been some, although only a few, official celebrations of Europe Day. A visit to the website of the Foreign Office will show that Geoff Hoon gave a speech on Europe Day in 2006 and Denis MacShane hosted a lunch in 2003. (There is also a reference to Europe Day on the 10 Downing Street website, from 2004, which you can read here.)

Some brave local authorities have defied the national trend and marked Europe Day in their own areas. And many European Movement branches have done the same: congratulations to them.