Should we send aid to Burma?

Should we send aid to Burma? 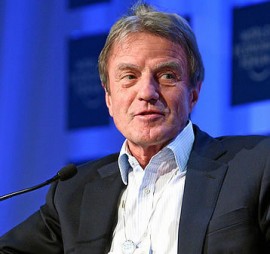 As the tragic consequences for the people of Burma of Cyclone Nargis and its aftermath become clearer, the contrast between the desperate need for humanitarian aid and the unwillingness of the Burmese government to accept it becomes clearer too.

The Americans had to negotiate for a week before a C130 transport aircraft carrying mosquito nets, blankets and water was permitted to fly there. In the meantime, 1.5 million people are homeless and at risk of diseases such as typhoid and cholera, while it is estimated that perhaps 100,000 people have already lost their lives.

The Burmese regime is one of the most secretive and oppressive in the world, having prevented the democratically-elected Aung Sang Suu Kyi from taking her rightful position as head of the government. The military junta now tries to suppress contact and engagement with the outside world unless mediated heavily by itself. It has said it will accept certain types of emergency aid but not the emergency workers who might come with it.

Thoughts are now turning to the suggestion that aid should be dispatched to Burma even without the approval of the government there. National sovereignty should be overridden by the urgent need to provide humanitarian assistance. There is a precedent, of course, in that one of the reasons advanced for the invasion of Iraq was to protect the Iraqi people from the depredations of their government. In fact, many of the people arguing for action in Burma now, such as French foreign minister Bernard Kouchner, were advocates of action in Iraq then, so at least they are consistent.

And there is a further precedent, too. Nineteenth century British imperialism in Burma aimed in part to improve the lot of the Burmese people, bringing them the benefits of modern science and medicine, to suppress such diseases as typhoid and cholera. But that was not the only aim, of course, as the British set up an administration to integrate Burma into the empire. What is the guarantee that humanitarian aid this time will not lead to similar imperial consequences?

You can see the dilemma. This blog is firmly not on the side of those who depend on national sovereignty for their arguments, but there have to be limits on what the provision of humanitarian aid will entail and an objective measure of when the task is completed. A unilateral attempt by the Burmese government to tackle the consequences of the cyclone will fail, but so will a unilateral attempt by the French government, too.

¤ ¤ ¤
You can make a donation to the Disasters Emergency Committee Burma Cyclone appeal here.