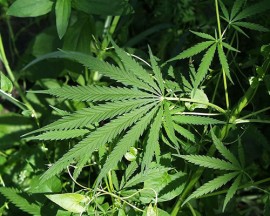 A report in the Financial Times today about Mexican concerns over a referendum in California.  California is a major producer and Californians are major consumers of marijuana, and there is a vote on 2 November about whether to legalise marijuana within the state.

This could lead to problems because Mexico is a major supplier of marijuana to its northern neighbour, and is currently fighting a vicious and bloody campaign against the drug smuggling gangs.  Illegal drugs are big business in Mexico and the money they generate distorts and pollutes Mexican democracy and public life.  It is estimated that 30,000 people have died in drugs-related violence in the last four years, as the state attempts to maintain civil order.  There are frequent assassinations of elected politicians, candidates, and law enforcement officers – criminal gangs thrive on the disorder.

The Mexican government is concerned that the legalisation of marijuana in California will make its efforts to clamp down in its own country much harder.  President Felipe Calderón commented on the legalisation proposal that:

“It is going to create a problem that is very tough to resolve.  If approved, it is going to be very hard to imprison a peasant who is growing marijuana to sell to the Californians.”

Furthermore, there are concerns elsewhere in the USA that it will become harder to fight illegal marijuana in other states if it is being produced legally in California, given how freely people and goods can travel around within the country.  A decision in California would be far-reaching.

Now, it is not within the scope of this website to take a view on whether or not marijuana ought to be legalised, but this issue shows that something that is traditionally held to be domestic and local – the criminal law – in fact has implications further afield.  Is a model of politics founded on state sovereignty appropriate for dealing with those consequences, or do we need a different structure for taking political decisions?