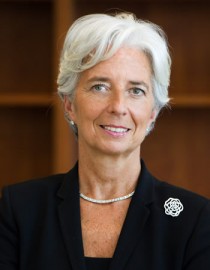 Last year was dominated by the crisis in the eurozone.  It dominated the debate about the future of European integration, obviously, but has also turned out to be a major influence both in the UK and around the world.

Taking Europe first, it is absurd that the public finances of Greece, no matter how wretched a state they are in, should have been allowed to do this much harm to the wider European economy.  Greece represents only 2 per cent of the European GDP, after all.  But the interconnections between the different European countries are more strongly economic than they are political, and national governments found themselves almost overwhelmed.  Banks in France, Germany and elsewhere have billions of euros outstanding in loans to the Greek government, and the governments in those other countries are gravely afraid of a further need to bail out their banks.

The Greek-inspired debt crisis arose hard on the heels of the American-inspired banking crisis, leaving the banking system in already poor shape and in no condition to bear yet another major blow.  Only the resources of the national governments could save the banks, but as the crisis has gone on, even those national government resources are starting to become stretched.

Politics made an effort at striking back at the European Council summit meeting in December.  News coverage in Britain focussed on David Cameron’s decision to boycott the efforts by the other heads of government to build a political counterpart to their macroeconomic interdependence, but the substance of the new European treaty may well yet prove significant.  Bringing in new rules on budget balances and compelling national governments to justify their budgetary plans in front of each other might be the route back to order in the European economy.

Of course, it was out of the question that Britain might agree to be bound by the terms of this new treaty – the coalition agreement has seen to that – but the opportunity for Britain to help draft it was rejected as a sacrifice made to the eurosceptics in the Tory party.

This is how the eurozone crisis dominates British domestic politics.  Everything done by the coalition government has to be weighed up between the conflicting parts of the coalition – the Liberal Democrats mostly on one side and the Conservatives mostly on the other – and the conclusion is based on politics and not policy.  Anything that either side wants to achieve has to be traded off with something that the other side wants, and thus has to be traded off against anything else that its own advocates support, too.  There is a continual uneasy balance between the different centres of gravity within the government, and it is maintaining that balance that determines future government policy.

For example, the Lib Dem defeat in the electoral reform referendum in May 2011 obliged the Conservatives to permit the Liberal Democrats some other, minor victories in order to keep the grassroots of their party onside.  Perhaps the proposals to reform the House of Lords would have been abandoned if the referendum had gone the other way: concessions would have been needed for the right wing of the Tory party.  As it is, House of Lords reform is long overdue and shows no sign of emerging yet.  Coalition tensions are to blame.

It did not have to be this way.  Insiders were predicting confidently at the end of 2010 that disagreements over how to handle Europe had been settled within the government and that it would not be a divisive issue or a cause of instability.  That confidence was flawed, founded as it was on a lack of appreciation of how far-reaching the European Union really is, both in terms of what it does and also what it cannot do.

There seems to be a better understanding of the powers and the limitations of the EU elsewhere in the world.  Attempts by the EU to raise funds to support its bailout programme from rising economic powers such as China and Brazil were rebuffed precisely because those limitations were well-understood.  Allowed to install Christine Lagarde at the IMF after Dominique Strauss-Kahn’s position as managing director was blown away, the Europeans were left in no doubt that this was the last gasp of the old Euro-centric order in world finance.  The financial surpluses of the growing BRIC economics are not at the Europeans’ disposal, nor can they expect to retain the same dominant role in the global institutions in the future.

European influence will have to be earned in the future rather than inherited.  Crucial to that earning power will be a resolution of the debt crisis that started in Greece and has been allowed to threaten the whole of Europe.  If the markets cannot be reassured that the peripheral and no-so-peripheral members of the eurozone can grow their economies and service their debts, then the economic gloom will spread and deepen.  That market assurance can only come from more integration.  Die-hard eurosceptics who believe that national sovereignty should be protected always and everywhere must be terribly conflicted.