Federal Union review of the decade

Federal Union review of the decade 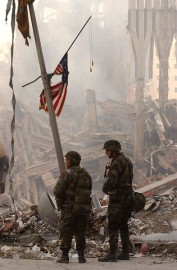 In the spirit of the usual Federal Union reviews of the year, let us cast our minds back 10 years to see how federalism has fared over the course of the past decade. There has been enough change in those years to tell us an interesting story.

In Europe, first of all, the European Union has changed dramatically. The promise and ideas of the post-war founders have finally come to fruition. Winston Churchill’s remark at Fulton, Missouri (in the famous “iron curtain” speech) that “Warsaw, Berlin, Prague, Vienna, Budapest, Belgrade, Bucharest and Sofia … lie in what I must call the Soviet sphere” can now pass into history. (Serbia finally submitted its application for EU membership just before Christmas.)

A persistent criticism of the EU, that it is a club to suit the rich at the expense of the poor, can be refuted. The countries that were excluded from Marshall Aid in the 1940s at Soviet insistence are now recipients of EU cohesion and structural funds. Promises made and not kept 70 years ago are now being redeemed.

Of the institutional accompaniment to this historic enlargement, there is regrettably rather less to be said. There have been two treaties, of Nice and Lisbon, attempting to deal with this question, and much of the debate this whole decade has been on structural issues. To those critics who say that the amount of institutional reform does not justify the amount of time spent on it, the federalists can reply that it is not their fault. Federal Union and the UEF put forward clear, coherent and straightforward proposals to fill the democratic deficit and give the EU a dynamic capacity to act. (Read those proposals here and here.)

The results of the European convention and the treaties, constitutional and Lisbon, that flowed from it show aspects of these federalist ideas but wrapped up with all kinds of other complications and distractions. The federalist proposal for ratification of the new treaty by European referendum would have forced the treaty drafters to produce something clearer and more readable and also would have closed the gap between the politicians and the voters. (Read about the proposal here.) But caution prevailed: the heads of government did not share the same ambitions for Europe.

It would be easy to say that, as on previous occasions, these ideas can be taken up again next time, but it is hard to imagine after such a difficult and troublesome process that the heads of government will be eager to try and rewrite the European treaties any time soon. The future of the European Union depends on making the Lisbon treaty work well during the next decade. That means developing its internal and economic policies alongside the euro (an undoubted success of the last ten years) and in acquiring a stronger voice on the world stage.

That European voice will be needed around the world because of the mess that has been made in the last ten years of federalist ideas at the global level. The trust that was placed in negotiations over world trade, or the fight against climate change, or reform of the UN Security Council itself has come up against the obstinacy and conflicting national interests of some of the world’s largest countries. Even the notable success of launching the International Criminal Court could only be achieved without the participation of China, India, Russia and the United States.

The American reaction to 9/11, namely the War on Terror and the invasion of Iraq, threw away the world’s sympathy that the attacks on New York and Washington DC had generated. The consequences of the financial crash of 2008 might have been reduced by policies that did not blame American economic imbalances solely on the Chinese government rather than on the American consumer and banking system. National self-interest has been enshrined as the highest good.

It is not surprising, therefore, that countries such as China, India and Iran are set on following a similar course in their own national strategies. The Americans and Europeans might regret their failure to make progress in establishing an international rule of law and the institutions needed to make that law in the decades to come. The opportunity offered by the end of communism and the fall of the Berlin Wall was squandered. The New World Order has turned out to be the same as the old one.

A squandered opportunity might also be seen in the reforms of the British constitution in the last ten years. It was, as the Queen might have said, a decade best forgotten. The Labour government has largely coasted on the achievements of its 1997-2001 first term, such as devolution to Scotland, Wales and London, the Human Rights Act, and partial reform of the House of Lords. Progress in the second and third terms has been much more limited, notably with the setback in the referendum on regional government in the north east of England, and the Labour party’s momentum for further reforms is surely now exhausted.

That is not to say that the British constitutional debate is now over. There are exciting ideas coming from the right on localism and city regions and, above all, from Scotland on further devolution or even independence. Globalisation and technological change force us to rethink local governance just as much as they do global governance, if our political parties are capable of doing the thinking.

As the year 2000 opened, we cannot have imagined that tensions in the Middle East and relations with the Muslim world would have been harmed as much as they have been in the past ten years. The rise of China has proceeded as predicted, but perhaps did not get the attention it deserved because of the war in Iraq. The failure of economic globalisation to spread prosperity to the poorest parts of the world, particularly in Africa, defies too the theories and expectations of the start of the decade.

It is in Europe where federalists can find most satisfaction in the course of events. European parliamentary democracy has taken a step forward in the Lisbon treaty, and can take an even bigger step forward if the election of the next Commission president in 2014 is contested between the parties. The euro has transformed the nature of the European economy and the EU has started to redress the balance between the public interest and the market that will be needed if there is to be a serious effort to tackle climate change. And across the continent, an attitude is settling in that Europeans have common problems and need to work together to find common solutions. In that last respect, though, it must be admitted that British public opinion is currently on a different path from the rest of Europe. One of the big stories of the next ten years is what that different path will lead to.