Simplicity is a virtue

Simplicity is a virtue 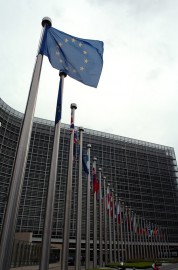 Dear Members of the Convention

In the European political process, simplicity is a virtue. Just because one of the ten Convention working groups has the task of simplifying the institutional system does not mean that the other nine should make it more complicated again.

It may be that improving the efficiency and accountability of the EU requires a new institution or a new competence, but the starting assumption must be against it. The case for more complexity or bureaucracy in Brussels has to be proven, not the opposite.

In that light, an inescapable question for anyone proposing a new institution or legislative procedure is this:

“What laws have been passed that violate the principle of subsidiarity, and which your proposed new institution or legislative procedure would have prevented?”

This is not a mere rhetorical question: this is a real one. Anyone proposing to make the EU system more complicated and detailed has to be able to answer it. We call on members of the Convention to put this question in the debate on Friday morning and demand that it be answered.

But this is not to say that we are against the principle of subsidiarity. Far from it. Federalists are very clear on the need to protect national, regional and local autonomy. In the more enlightened countries of Europe, federalism is correctly understood to mean decentralisation. And nor are federalists content with the current level of accountability in the EU system. The very term “democratic deficit” was first coined by federalists, after all.

So, after all the criticisms we have made of the current debate on the principle of subsidiarity, we have some positive proposals to make as well. Bad decisions in Brussels have to be prevented.

First, all legislation needs to be made in public. That means that the Council of Ministers must meet in public at every stage of the legislative process. Never again should member state governments be able to blame “Brussels” for proposals that they want to keep from their own people.

Secondly, all draft proposals and amendments must be published so that they can be scrutinised by the public before they are debated and voted on. Citizens and their representatives must be able to scrutinise and influence what is going on. This means that the Council has to act less like a committee and more like a legislature. At present, it is sometimes not clear at the end of the Council meeting what the final decision has been – we are told to wait for the minutes to be written. This is absurd. It is surely a nonsense and a democratic absurdity that legislative decisions are taken in such an unclear manner.

With 25 or more member states to be represented, the traditional form of committee practice will have to cease anyway. (Think of any committee of 25 people of which you have been a member.) Efficiency and accountability here point in the same direction.

Thirdly, member state parliaments should take seriously their responsibility for scrutinising the actions of their ministers in the Council. The level of interest shown by member state parliaments has rarely been high enough. For example, in the UK’s House of Commons – some of whose members are very happy to criticise the EU – only 79 written questions out of some 40,000 in the year 1999-2000 were about business in the Council.

Fourthly, any citizen should have the right to ask for judicial review of a law on the grounds of subsidiarity. At present, access to the European Court of Justice is limited in most cases to member states and institutions. That must change. European law should be made in the same way as any other law, and enforced in the same way, too. All citizens should have the right to bring cases in the ECJ.

Finally, the EU institutions need a definitive statement of their own powers. The continuing uncertainty about where the role of “Brussels” starts and stops has to come to an end. It is not a surprise if citizens are unclear about the purpose of the European Union: that purpose still remains to be defined.

Making a reality of the principle of subsidiarity is one of the most important tasks facing the Convention. But that task cannot be undertaken in isolation.

A European federal constitution would set out the role of the European Union, the powers of its institutions, and the rights of its citizens. A clear, simple statement is an essential step if the government of Europe is to be reconnected with the people of Europe. Let us not forget: simplicity is a virtue.

This “Federalist Letter” is issued by the Union of European Federalists as part of the “Campaign for a European Federal Constitution”. For further information and support:
UEF – Chaussée de Wavre 214 d B-1050 Brussels, Tel: + 32-2-508.30.30 – Fax : +32-2-626.95.01, E-mail: [email protected] – Website: www.federaleurope.org With the financial support, but not representing the opinions, of the European Commission.