Fox in a hole

Fox in a hole 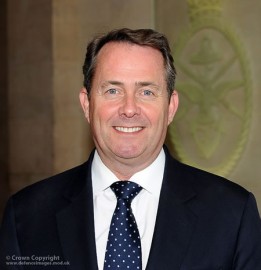 The story of Liam Fox (a story that at the time of writing does not yet have an ending) can be read not so much as the story of ministerial misjudgements but as of uncontrolled lobbying.

For those who have had the good fortune not to follow the case, it has been revealed that secretary of state for defence Liam Fox, a regular on this blog in his days in opposition, has been regularly meeting, both in his office and on his many travels, a close friend who styles himself “adviser to Liam Fox”.  The Ministry of Defence has over 80,000 civilian employees, all of whom are paid to advise the minister, so the exact reasons why he thought he needed somebody else might be interesting.

Still more interesting is the question of how that somebody else could afford to be so readily on hand, in Dubai, Singapore and Florida, when his companies’ income was substantially smaller than the cost of the flights alone.  Someone must have been paying, but who, and why?

This website asked last year, in a piece by Daisy Cross, how the actions of lobbyists could be monitored and recorded, greater transparency being a hallmark of better democracy.  In the past twelve months, there has been little progress.  The difficulties faced (or caused) by Liam Fox are a consequence of that.