From the people who brought you electoral reform

Home/Blog, UK/From the people who brought you electoral reform

From the people who brought you electoral reform 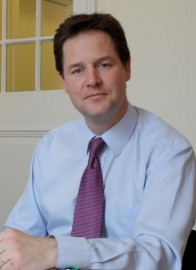 The government’s plans for reforming the House of Lords are in disarray.  A substantial majority – 462 to 124 – in the House of Commons voted for reform but the motion to set out the timetable for the debate was withdrawn in the face of certain defeat.  Without a timetable, the bill faces unending discussion that would wreak havoc with all the government’s other legislative plans.  So this is not the victory it seems.

But why the fuss?  How come a majority of 338 cannot get its way?  Isn’t an elected second chamber obviously an improvement?

The answer is that there is no coherent view of what an improved second chamber would look like: those 462 all voted with different ideas in mind.  The term of office (15 years, non-renewable), the method of election (PR on regional lists), the powers of the new house compared with the Commons (in theory, unchanged, but this is unlikely to stick): these are not just details of the government’s proposal but each is enough to sink the whole venture if supporters cannot agree amongst themselves.

The parallels with the proposal to change the electoral system for the House of Commons, rejected in a referendum last year, are striking.

The Liberal Democrats have insisted on this proposal as a condition of their participation in the coalition government.  Most Conservatives don’t like at and the few that do think it is a low priority.  Labour ostensibly supports it – it was in the 2010 general election manifesto – but in fact is doubtful: we have learned that opposition parties do not consider themselves bound by their own manifestos (do governing parties?) and, if Labour had really wanted to reform the House of Lords properly, it had 13 years with a clear majority in the Commons in which to do so.  The opportunity to do damage to the coalition government and to widen the split between the two parties is just too good to miss.

In the case of electoral reform, the Conservatives were persuaded to support the bill in parliament because there was a referendum to come afterwards, in which they could then oppose it.  This time, chastened by the experience of that referendum defeat, Liberal Democrat leader Nick Clegg insists that parliament should not “sub-contract to the British people” this decision.  Does this look as much like principle as it does like fear?

The truth is that this proposal came from the same origin as the plan to change the electoral system, for the same reasons, with the same lack of preparation, and will meet the same fate.  The fundamental changes to the British constitution and to British political culture that the Liberal Democrats (and this website) think necessary cannot be brought about by means of a coalition agreement between two parties, one of which opposes those plans and has only conceded them in order to get support for its economic and domestic policies.  The Scottish Parliament, for example, did not spring unbidden from the Scotland Act but was preceded by years of debate in the Scottish Constitutional Convention.  There has been no such attempt to find consensus on changes to the electoral system or the second chamber before the Liberal Democrats put them in the programme for government.

That those proposals are not succeeding is a regret but not a surprise.