How to use less fossil fuel

Home/Blog/How to use less fossil fuel

How to use less fossil fuel 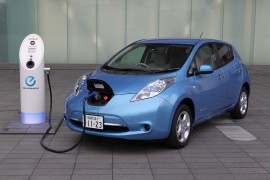 It is well understood by now that the principal way to respond to the threat of climate change is to use less fossil fuel.  When fossil fuels are burned, they create carbon dioxide which accumulates in the atmosphere and traps increasing quantities of the sun’s heat, warming up the planet.

This is an relevant problem for this website because the actions of one country have an impact on another; national sovereignty is no protection from the effects of climate change.

A previous blog post has looked at the implications of this for the countries that possess the largest reserves of fossil fuels.  A large proportion of these reserves is going to have to remain in the ground rather than being dug up and burned, a considerably expensive sacrifice to be made by a small group of countries.

There is a second question which looks at the countries that are using fossil fuels: they are going to have to get used to using less.  This is a substantial challenge given that the wealth of the modern industrial world has been founded on the exploitation of fossil fuels, in the days before we knew what changes it could bring to the climate.

Who is using the fossil fuels that are polluting the atmosphere?

Barrels of oil (or fossil fuel equivalent) per capita, 2010 (data from World Bank)

But being rich is not a bad thing.  It enables people to live longer, to afford more and better healthcare, to follow their interests further in education and culture, to work less and to enjoy themselves more.  Is it possible to do all this without fossil fuels?

GDP from fossil fuel in 2010, expressed in US dollars per barrel of oil (or fossil fuel equivalent) (data from World Bank)

Industrial production is founded on fossil fuel use, but most of the income of the richest countries now comes from services, not manufacturing, which are much less energy-dependent.  (This also means that many of the manufactured products they use are imported, so the fossil fuel used for these shows up in the records of the middle income countries that are manufacturing exporters – the subject of a blog post here.)  The poorest countries are poor because they have not yet fully moved into the modern industrial age, and so their reliance on the energy from fossil fuels remains relatively small.

If there are two ways to squeeze more income out of each barrel of oil that we still use, it is surely better to do so by being rich rather than by being poor (to the extent that we have a choice).

And among the rich countries, there is also an important variation in the rate of extraction of wealth from fossil fuels.

GDP from fossil fuel, expressed in US dollars per barrel of oil (or fossil fuel equivalent), 2010 (data from World Bank)

The European Union is more than 60 per cent more efficient than the United States at generating GDP from fossil fuel (1,833 dollars per barrel of oil equivalent versus 1,130), and Japan (1,988 dollars) is 75 per cent more efficient.  And within the European Union, there is also a wide range: Denmark (3,040 dollars) is as much as 66 per cent above the EU average – George Osborne need not worry that the UK (1,843 dollars per barrel) is isolated in the vanguard of the fight against climate change – and more than 2.5 times better than the United States.

This website has reported previously on how the United States uses energy, in the context of the suggestion that the Iraq war was all about oil.  The notable figures in this context are the estimates of how efficiently energy is used – the fossil fuel figures quoted above are gross figures, including all the fossil fuel that is wasted, i.e. the energy it contains is not put to useful purpose.

The residential, commercial and industrial use of energy is estimated to be 80 per cent efficient, while electricity generation is only 32 per cent efficient and transportation is even lower at 25 per cent efficient.  (And bear in mind that efficiency in transportation, in this context, includes moving a car weighing 1000 or 1500 kg in order to move a driver weighing one fifteenth or one twentieth of that.)  There is lots of scope for improvement in energy efficiency, even before we start thinking about alternative sources of fuel.

A previous blog post divided the fight against climate change into two: building the global consensus that carbon emissions need to be cut and fossil fuels left in the ground, and building the institutions needed to make these policies work; and preparing the national economy for such a future, by investing in the infrastructure that will enable us to get by with a lot less carbon dioxide being emitted into the air and by promoting the habits and technologies that will do the same.