Not in front of the rest of the world

Home/Blog/Not in front of the rest of the world

Not in front of the rest of the world 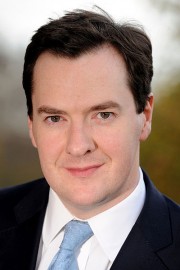 This website is going to break the habit of many years and praise chancellor of the exchequer George Osborne.  His economic policies may not be working out quite as planned, but he has said something half-sensible on the UK’s climate change strategy:

“I don’t want us to be the only people out there in front of the rest of the world. I certainly think we shouldn’t be further ahead of our partners in Europe.”

There is something in this.  At the heart of the fight against climate change is the need to leave fossil fuels in the ground.  Known reserves of coal, gas and oil are so great that, if they were all exploited, carbon dioxide levels in the atmosphere would become dangerously high, leading to severe climate instability.  But there is no point in one country leaving them in the ground only for another country to dig them up and burn them.

And there’s more.  Imagine that Britain were to stop using fossil fuels altogether.  We are responsible for about 1.8 per cent of global fossil fuel use, so overall demand would fall somewhat.  A fall in demand would see the price of fossil fuels fall a bit, but if the price were lower people in other countries would be able to afford to use more.  So one would expect to see a cut in UK consumption leading to an increase in consumption elsewhere in the world, not despite the UK cut but because of it.  (Environmentalists refer to this as “squeezing the balloon”: it bulges out somewhere else.)

This is a really important point.  Unilateral attempts to reduce carbon dioxide emissions are doomed.  The only efforts that make sense are collective.  In which case, what should the right policy to fight climate change look like?

There are two parts to it.  The first is building the global consensus that carbon emissions need to be cut and fossil fuels left in the ground, and building the institutions needed to make these policies work.  The second is to prepare the national economy for such a future, by investing in the infrastructure that will enable us to get by with a lot less carbon dioxide being emitted into the air and by promoting the habits and technologies that will do the same.

Britain’s capacity to do the first of these, to build new global institutions, will be immeasurably strengthened by being part of the European Union.  The EU as a whole uses 13 per cent of global fossil fuels (more than 7 times more than the UK alone) and has 23 per cent of global GDP (nearly 7 times more than the UK).  The EU has a lot more diplomatic clout around the world, should it choose to use it.  George Osborne’s comments should have been reported as a rebuke to those people speculating on British exit from the European Union.

So if George Osborne is right that the UK should behave in concert with the rest of the world and the rest of Europe, how are we doing?

The map above shows the judgement of the Smith School of Enterprise and the Environment at Oxford University: the UK is rated “good”, as is the rest of the EU.  Ahead of the UK are countries such as Norway, Japan and Brazil, so George Osborne need not worry that we are going too far too fast.

A previous blog post listed the ten countries with the largest known fossil fuel reserves, i.e. those with the most immediately to lose from effective climate change policies.  Against the criteria of the Smith School, six of them – Australia, Canada, Iran, Saudi Arabia, the United States and Venezuela – are rated poor or very poor and only two, China and India, are rated better than average.  The drag that possession of fossil fuels places on a country’s willingness to take action is demonstrated sharply.

Given that national interests diverge (and in fact conflict) so notably in the short term, there is no hope that relying on national interests will deliver effective action on climate change.  Only a decision-making system that can identify the common and collective interest will make it possible to give up fossil fuels.  It was the creation of the EU, starting with the European Coal and Steel Community, that enabled European countries to leave behind their selfish pursuit of short term national interest through military means; something similar will be needed to overcome the selfish pursuit of short term economic interest through the use of fossil fuels.  George Osborne is right: no single country can do this on its own.