Introduction on the European Union Charter of Basic Rights

Home/Europe/Introduction on the European Union Charter of Basic Rights

Introduction on the European Union Charter of Basic Rights 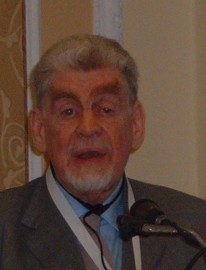 1. The EU is founded on the principles of “liberty, democracy, respect for human rights and fundamental freedoms, and the rule of law” [TEU Art.6.1].

2. At the Cologne Summit in June last year it was decided that “the fundamental rights at Union level should be consolidated in a Charter and thereby made more evident”. The Charter is to be drafted by the end of 2000.

3. The statement makes no reference to duties or obligations, although there is such a reference in TEC Art. 17.2 on EU citizenship.

4. The task of drafting the Charter was given to a committee [now called the “Convention”] made up of representatives of member states’ governments, national parliaments, the European Parliament, and the Commission, together with observers from the European Court of Justice. The Convention is chaired by Roman Herzog, formerly President of Germany and President of the German Constitutional Court.

5. The European Council has suggested that the final Draft must be ‘subscribed to by all parties” which seems to imply Council unanimity and ratification by European and all national parliaments.

1. Is such a Charter really necessary?
* Some say no. All justiciable rights are already Treaty-based. An additional Charter would risk causing confusion.
* Others say yes. It would deal with the problem of lack of transparency.

Ignorance of rights enshrined in the Treaties and ensuing legislation is one cause of scepticism about the European project.

2. Would drafting such a Charter be useful?
* Some say the process itself will stimulate public interest-though there has been little press coverage of the two meetings so far held.
* Others say collating existing rights will highlight how much is missing.

3. Would the Charter as described in A.2 above be adequate?
* Some say no, and they would use this opportunity to extend the range of citizens’ rights. [Thereby running the risk of being blocked by the Council].
* Others feel there is a danger that citizens might end up with fewer rights than they have at present in their own countries.

1. Rights incorporated in the European Community Treaty and ensuing legislation are already justiciable in most cases. Some, such as the objectives relating to general social rights [TEC Art. 196], are justiciable only in part.

2. But the European Parliament and other organisations insist that the Charter project must be used to widen the range of available rights.

3. They also insist that rights listed in the Charter should he justiciable and that the Charter itself should he incorporated into the next Treaty revisions to be agreed at this year’s IGC.

4. The UK government, on the other hand, takes the view that the Charter should not be justiciable but declaratory.

5. Reports prepared for the European Parliament and for the Committee of the Regions both emphasize that the Charter must respect principle of subsidiarity.

1. Can provisions which are not legally enforceable be truly described as “rights”?

2. In view of the tight time scale and potential ratification problems [eg, Council unanimity] is it wise to place too much emphasis on including “new” rights in the Charter?

3. The legal systems of member states and the range of rights available are not uniform. For example, a “right” may exist either [a] because it is expressly permitted by law, or [b] because it is not expressly forbidden.
* Some say harmonisation of rights would be [a] desirable or [b] essential to the development of a European federation.
* Others say harmonisation could offend against [a] the commitment to cultural diversity or [b] the subsidiarity principle.

4. Subsidiarity is fundamental to the political organisation of federal states but how would it work in relation to citizens’ rights? For example, for protection of privacy from press intrusion France prefers legislation while the UK opts for self-regulation. Is this subsidiarity in action or does it limit EU-level rights?

[E] Whose rights are protected?

1. The most successful internationally binding charter of this kind has been the European Convention on Human Rights. Its provisions aim to protect the rights not only of subscribing States’ citizens but of all persons within their jurisdiction.

2. In the present EC Treaty the European Convention on Human Rights must be respected but is justiciable in cases involving EC institutions only. If ECHR provisions are now included in a legally enforceable Charter they would become justiciable across the board, although- unlike member states- the EU is not a member of the Council of Europe nor a signatory to its conventions. It has been suggested that there is therefore a risk of confusion of functions between the Court of Justice and the Court of Human Rights.

3. The proposed EU Charter seems intended primarily to cover EU citizens’ rights hut the inclusion of ECHR will mean a distinction will be necessary between the two categories of [a] fundamental human rights, mainly those listed in ECI-IR, and [b] rights which are specific to EU citizens.

I. Should ECHR be included in the Charter
* but limited to actions by EC institutions only,
* or apply generally at all EU levels
* including internally within member states?

2. Should the IGC decide to endow the EU, or the EC only, with the necessary “legal personality” status to enable it to sign international treaties and apply for membership of the Council of Europe in its own right? [Effect on status of member states?]

[G] What rights should be included?

1. Three areas of rights have been identified
[a] General rights linked to the person – based on ECHR
[b] Economic and social rights – based in part on the Council of Europe’s European Social Charter [1961] and the 1989 Community Charter. [See TEC Art. 136]
[c] Civil and political rights – based on existing EC provisions but including Rights of Minorities.

2. The attached list of headings [see below] is taken from the report prepared for the Committee of Regions. Is it, in our view, [a] incomplete or [b] excessive?

3. It has also been proposed to include a provision by which the Charter could- by a democratic method- be revised at a later date.

1. Draft legislation against discrimination [TEC Art.13] has now been published.

2. It is estimated that some 12 million 3rd country nationals live and work in the various member states. They include people in the UK who are not British citizens but enjoy full political rights here as Commonwealth citizens-though they are not entitled to EU citizenship rights such as freedom of movement.

3. EU citizenship is confined to nationals of member states. The process of acquiring such nationality varies considerably from state to state and is often fraught with difficulties. Some impose “cultural” tests; others, though not the UK, refuse dual nationality.

1. Pressure groups have suggested either to [a] make provision for “residency rights” such as the right to vote in local & European elections, and freedom of movement, or [b] make it possible for legally resident 3rd country nationals to apply for EU citizenship without first acquiring nationality. Are they right?

2. Could such measures help integrate legally resident 3rd country nationals into the communities where they live, thereby improving race relations?

3. Or would they, as some claim, threaten the cohesion of society?

[J] Is it a constitution?

1. The Charter offers us an opportunity to think through the nature of citizenship in a European federation made up of pre-existing states, many with long histories. In setting out the values on which our Union is based it can provide a vision of the kind of Europe we wish to see in the future.

2. Could the Charter in itself become the EU constitution? Or should it be included in a more wide-ranging constitution? Does it, as planned, provide a firm enough foundation for the European federation? What exactly is its function?

List of rights drafted by the Committee of Regions

2.1 Rights linked to the person

– Right to work, to freely negotiated working conditions, to a fair wage, to a reasonable length of notice of termination of employment, to appropriate vocational guidance, training and re-training.
– Right to freedom of movement and establishment for workers and to equality of treatment with workers of the country concerned.
– Right to equality of opportunity and treatment, without discrimination based on race, sex, colour, ethnic, national or social origin, culture, language, religion, political beliefs, family situation, sexual orientation, age or disability.
– Right to set up trade union organisations and right to collective bargaining, information, consultation, and participation for decisions affecting workers’ interests.
– Right to social security, social and medical assistance, and the benefit of social services.
– Right to education, right to freedom to choose an occupation and right to continuing vocational training.
– Rights linked to economic and entrepreneurial activity: right to property, right of competition, right to conclude contracts, etc.

– Right to vote in local and European Parliament elections for non-nationals from other EU countries in the Member State where they are resident.
– Right to set up European political parties, right of petition, association and demonstration.
– Right to check on legality of administrative action.
– Right of minorities to protection for their religion, language and culture.

2.4 Clearly, these rights cover a very broad canvas. The crucial task is to make them meaningful and practical, so that they give people a clear sense of the rights they enjoy across the European Union as a whole.

It is not enough to define rights. The principle of their justiciability must be established and appeal procedures set up for those who wish to claim them before national courts or before the Court of Justice of the European Communities.