Is Cornwall a nation?

Is Cornwall a nation? 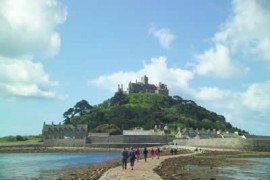 An interesting piece has just been published in the UK section of this website, examining the relationship between Cornwall and the rest of the United Kingdom. (Read it here.) Formally, at present, Cornwall is a county in England, with limited powers of local administration, but with no significant legislative powers and no constitutional protection whatsoever. The powers and functions of Cornwall County Council are determined and may be changed by Westminster and Whitehall.

Is this right? Other parts of the United Kingdom, such as Scotland, Wales and even London, have greater devolved powers than this: should Cornwall have them too?

Our author, Philip Hosking, thinks so, and cites various historical and legal arguments in his favour. It is a persistent theme of this blog, though, that history contains not wrongs to be righted but lessons to be learned and mistakes not to be repeated. The future is more interesting than the past.

That is where the historical arguments come in. Even if they do not constitute the contemporary reality, they certainly shape perceptions of that reality, and in a modern democracy perception is nine tenths of the law.

On that basis, I can well believe that Cornwall does not sit happily within the government region of the South West. Government regions were created in order to better deliver Whitehall policies, not to correspond to local identities. And the man in Whitehall does not always know best.

In the South West, for example, to travel from Penzance in Cornwall to Bristol, the administrative centre of the region, takes more than twice as long as it takes to travel from Bristol to London. From Cornwall, Bristol does not seem very close. In fact, and this will surprise you, Bristol is almost as far away from Penzance as it is from Scotland. From Bristol, Cornwall does not feel very close.

But the man in Whitehall might reply that, while Cornwall may be far away, it is also small: its population is only 500,000, and that is far too little for a region. The man in Whitehall has obviously never heard of the German Land of Bremen, with a population of 664,000, or of Austria, where 4 Länder have populations below that, or Switzerland, which spreads its 7 million people among as many as 26 cantons. If they can manage, why can’t the Cornish?

So, if geography argues in favour of some kind of self-government for Cornwall and population does not argue against it, the matter becomes a matter of practicalities and negotiation, with no obvious reason why it should fail.

There remains only the question of how to confer democratic legitimacy on such new arrangements. A referendum, perhaps?