Is the time right for a new world order?

Is the time right for a new world order? 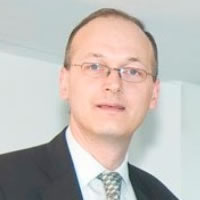 The answer to the question in the title of this talk is of course, yes, the time is right, but I think you would like to hear a little more from me than that.

I am here as chair of Federal Union which was founded in 1938 and my predecessor as chair then would have given the same answer.  What kind of a commentary on current affairs is it that gives the same answer to that question, regardless of the enormous change in the politics of the world since the 1930s.  That’s what I really need to explain this evening.

A lot has changed, but some things have stayed the same.  One thing that has stayed the same is the fact of interdependence between countries.  No single country can look after itself in every respect any more.  Each of them is dependent on the decisions and actions of others.  For that reason, we need a world order founded not on the independence of countries but on their interdependence.  That was true in 1938 and it is true today.

The change over that period has been that interdependence has increased.  The big news each day is about the crisis in the global economy: the efforts of any country to reduce its debt and increase its wealth are hugely affected by the economic policies followed by all the others.  Prosperity in Europe depends on prosperity in China, and vice versa.  If we think about the environment, which in the midst of this economic crisis often we don’t, the impact that one country can have on the others is very clear.  Climate change will affect us all; there is no national policy that can escape from it.  Pandemic diseases, too, cross borders freely and strike all of us equally.

And if these are ways we are interconnected that we know about, there are also the interconnections we have that we have not yet discovered.  If, five years ago, someone had said we need a better way of taking economic decisions to protect western capitalism from the mortal threat that is Greece, they would have been treated as mad.  Today, the finance ministers are desperately trying to take those decisions.  How much better to have sorted out the decision-making method at a time when there was not the same pressure to put it to use.

Yes, I reply, people are different, that’s true, and the lack of a common understanding is a good and objective explanation of why we do not have a better world order at present.  But it is not an explanation of why we cannot have one in the future.  That common understanding can be created.  And if you will come with me into the gardens here at Avenue House, I will explain how.

I would show one of our critics, someone who points out the lack of a common understanding, I would show them one of those splendid oak trees in the garden and ask them how they thought it got there.

A tree like that is perhaps 20 metres high, and is 20 metres across, and there is as much of it in the roots below the surface as we can see above it.  It weighs as much as 50 tons.  How did it get there?

Our critic would start to think about the earthmoving equipment that would be used to dig a hole big enough, and what kind of crane might be needed to move the tree into the hole, and how a lorry big enough might get anywhere near the site in the first place.  It’s a civil engineering puzzle, that’s for sure.

But we know better.  If you want a large tree in the garden, you don’t get it by starting with a large tree.  No, you start with something much smaller, and you nurture it and care for it over time, and it grows.  The gardener here at Avenue House will have planted a smaller tree, a sapling, many years ago, and someone else, even earlier, will have taken an acorn and planted that first.  Those small steps were what were needed to give us the garden of beautiful trees we have today.

And not only trees, that’s how we can create our common approach to solving the world’s problems, too.  It doesn’t come all at once, it comes slowly.  We might have the new world order in mind, but we start with our saplings and acorns.

And what are those saplings and those acorns?  If we truly want to create a new world order, how do we start?  I mention a few ideas, starting with the acorns first.

My first acorn is the idea that disputes should be settled peacefully.  Disputes are easy to come by – they are what social life is made of – but how they are solved should not simply be down to force.  No-one can look at the recent history of humanity, say, and think that we have been served well by violence.  The cost of war, the cost of conflict, is far too great, and potentially getting greater.  There has to be a better way.

That better way is the rule of law.  Peaceful settlement of disputes should be derived rationally, on the merits of the issues at stake.  We need disinterested parties to act as judges, to ensure that the peaceful settlements that are reached are also respected.

My third acorn is the idea that all of us are equal before the law, regardless of rank or status in society.  No king or president or general should escape the obligations imposed by the law by virtue of the post that they hold.  In fact, the more exalted the position, the more intense the scrutiny should be.  With power comes responsibility: we will criticise people for their behaviour if it falls short.

But if we will criticise people for what they do, we will never criticise people for what they are.  Not only is everyone equal in being subject to the law, everyone should also be equal in making that law.  We should reject prejudices and discriminations of every kind: whatever community or society we might be part of, each of us is entitled to be judged and treated as an individual, with our own merits and virtues and also with our own responsibilities and duties.

These are four characteristics of a world we want to live in.  Certainly, they describe the world as I think it should be, and I hope you agree with me.  But, next, if those are the little acorns that form the start of our new world order, how does it come into being.  What does it look like as those acorns grow?

There are many examples I could quote, but the first sapling I will mention is the International Criminal Court.  This is a ground-breaking institution in that it provides the first means by which people in positions of government and power might routinely be held to account for crimes they might have committed.  No more is there an exception for acts undertaken in the role of the state: those acts, if criminal, are just as culpable as any others.  The state must be subject to the law just as surely as it makes and enforces the law.

Secondly, there are organisations such as the World Trade Organisation and the World Bank which, while imperfect in the way they are run, are seeking to relieve poverty and spread prosperity and to do so by removing barriers to trade.  Removing barriers to trade gives more people more freedom to earn their own living, using their own talents and imagination and judging their own risks.  Those barriers might be created by governments in thrall to domestic vested interests, they are certainly created by governments trying to discriminate against foreigners.  If we truly believe that we are all equal, then removing trade barriers is a necessary step towards equality.

Thirdly, there is the European Union.  In the light of the current financial crisis, it is hard to be enthusiastic about the EU, but nevertheless I am.  It has brought Europe to an historic condition of peacefulness, both compared with the rest of the world and compared with its own history.  It has done so because traditional enemies have agreed to submit their disputes to disinterested mediation by a system in which all citizens have an equal say.  Country after country has decided that this is a better way to relate to its neighbours.  The current crisis shows that the system is not perfect, but it is worth defending and improving.

Lastly, in the context of the United Nations, let me mention the idea of a UN parliamentary assembly.  The UN is another sapling of a sort, but it represents states and not peoples.  Its meetings are gatherings of governments, all of whom have much in common with each other that they do not share with their own citizens.  A parliamentary assembly, composed of people there to represent those citizens and not those governments, would provide a different kind of voice at the global level, and would help the UN develop into a better and more authentic representative of humanity.

To ask for a new world order is a bold step.  The existing political systems in the countries of the world, flawed and problematic as they often are, have taken centuries to develop and bring to a point at which we might start to be satisfied with them.  How can a global system even be contemplated, let alone be commenced?

By understanding how a political system is founded, by thinking about values and the institutions that underpin it, and by having the imagination and the determination to live by those values and build those institutions.  A new world order is within our grasp, if only we learn how to reach for it.

Based on a talk by Richard Laming, chair of Federal Union, at a meeting of the Bahá’i community of Barnet, on 12 November 2011.  The opinions expressed are those of the author and not necessarily those of Federal Union.