It wasn’t a vote about architecture

Home/Blog/It wasn’t a vote about architecture

It wasn’t a vote about architecture 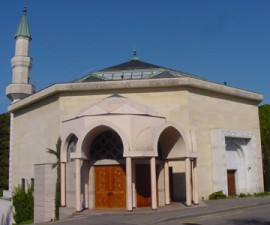 Advocates of direct democracy hail this as an example of how referendums permit the people to take decisions even when the entire political class opposes them. Isn’t that what democracy should be? Daniel Hannan, on his blog, sweetly worries that the national constitution might be the wrong place to settle matters of local planning law.

But it wasn’t a vote about planning. The Swiss were not asked to go to the polls because of worries about the skyline, or to take a decision on the future of the built environment. No, the cause of the referendum was a growing popular fear about the presence of Muslims in Switzerland, and in particular their assertiveness. A small religious minority might not in themselves be a problem, but once they start to have an impact on the way that the majority live their lives, even if it is only a slight impact, then the concerns start.

There is a certain idea of Switzerland which is that it is a country without Muslims. Once that idea becomes untenable, those people who hold it have to respond. They see their notion of their country disappearing before their eyes. A minaret might be a symbol of this, but it is by no means the ultimate cause.

This is why the attempts to discuss the issue in terms of traditional architectural styles ring so hollow. Even if there a Swiss design of mosque with eaves and gables like a chalet, there would be a dispute over something else. Ritual slaughter had been mentioned, for example.

The argument is actually over that certain idea of Switzerland. Muslim practices might be fine elsewhere, but not there.

The same refrain emerges from the allegations made earlier this year that Michal Kaminski, Polish MEP and leader of the ECR group in the European Parliament, was anti-semitic. He denies it, and amongst the evidence advanced by his supporters is his support for the state of Israel. As with the discussion of Swiss planning law, this is irrelevant. The allegation of anti-semitism rests not on the existence or otherwise of a Jewish state, but on whether or not Jewish practices belong legitimately in Poland. Is there a certain idea of Poland?

By way of comparison, in Britain, no-one would excuse for a moment the suggestion that the presence of black people in government in African countries means that they do not belong in government here. There is no conflict between being black and British. (Well, I say no-one, but the BNP got nearly a million votes in the European elections in June so one should not be quite so complacent.)

To say that Jews should be able to live safely in a foreign country is a very different thing from saying that Jews should be able to live as citizens locally. Nick Griffin is a supporter of the state of Israel, after all, yet he has campaigned repeatedly against what he sees as Jewish influence in the UK. Indeed, given what he believes about Muslims, he is doubly sympathetic towards Israel’s struggle against Hizbollah and Hamas.

The underlying truth is that, in the modern era of migration and interdependence, that certain idea of Switzerland no longer corresponds to reality. However, European countries do not yet have the political vocabulary and institutions needed to construct a new idea to replace the old one.

The notion that culture and lifestyle can be decreed from above is dying, as is the principle that culture and lifestyle are what we have in common. Our future “certain idea”, whether of Switzerland, Poland, Britain or Europe, will be founded on shared ideas of democratic citizenship and rights, and not on shared ideas of worship or the shape of the buildings where worship takes place.