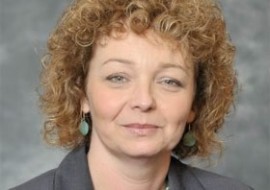 Further to the story from Israel, here’s another example of how language takes on a political dimension.  A scheme to promote the use of the Irish language has been launched in Northern Ireland by the govenrment’s culture minister, Carál Ní Chuilín (Sinn Féin, as you could have guessed).  She denies that this is a political move, claiming that it is purely a cultural endeavour.  Her unionist critics disagree, of course, claiming that the idea is political and divisive.

In those criticisms, the unionists are half-right.  Of course it is a political move: if not, why is a politician doing it?  And why should that politician deploy public sector resources and facilities in supporting it?  But being political does not make it wrong.

The unionists are wrong to claim it is divisive.  Ms Ní Chuilín is encouraging people to speak more languages, not fewer.  To give up English in favour of Irish would be another matter, but that is not what is proposed.  It is in fact quite normal for people to speak more than one language – Emperor Charles V is reputed to have said that:

I speak Spanish to God, Italian to Women, French to Men, and German to my Horse.

It is mandatory and universal state education that has given us the linguistic monoculture that is now confused with statehood.  This website is critical of the modern conception of the state (it should not be a single, indivisible entity, but rather powers distributed between institutions and between different levels of government) and so does not share the desire that everybody should speak the same language and nothing else.

Franco’s fascist Spain tried to suppress the use of the Catalan language, whereas modern, democratic Spain has given it official recognition and it has semi-official status within the EU.  It is obvious which is the preferable arrangement.