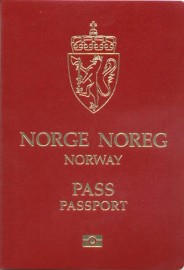 The Norwegian passport features the name of the country in both official languages, as well as in English

Geoffrey Alderman’s reference to Norway in his discussion of the proposed new language law in Israel is more relevant than he realises.  (“Knesset is a democratic body”, 12 August)