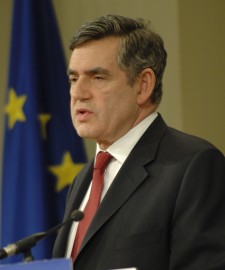 On present plans, the German Presidency in the first half of next year will conclude its work with a European Council at which a procedure and timetable will be adopted for the relaunching of the process to revise the institutional workings of the European Union, a process which came to an abrupt halt with the “no” votes in the French and Dutch referendums last year. This European Council may well be the first such meeting which Gordon Brown will attend as British Prime Minister. It is not too early to start wondering about the changes, if any, that Mr Brown will make as Prime Minister to Britain’s European policy, and in particular what his view will be of the future path of institutional reform the Union should follow.

It is a commonplace to say that much remains uncertain about Mr Brown’s future policies as Prime Minister. Journalists and commentators rightly point out that he been circumspect over recent years in the comments or commitments he has made that might be held to limit his room for manoeuvre as Prime Minister. As far as the European Union is concerned, however, he is not exactly an unknown quantity. He has played a major role in shaping the Labour government’s European policy over the past decade.

Although when the Labour Party was in opposition in the early 1990s, Mr Brown gave to many observers the impression that he was well-disposed to British membership of the European single currency, any enthusiasm he may have felt for that membership rapidly disappeared during his time in office. Over the past decade, Mr Blair has on a number of occasions attempted to mobilise debate and opinion in favour of British entry into the euro, but Mr Brown has always been the rock on which even the beginnings of this debate foundered. Indeed, Mr Brown has been prominent in his criticism of what he generally regards as poor economic management in continental Europe. Where Mr Blair has struck a more conciliatory line on such questions as the European budget, Mr Brown and his advisers have consistently ingratiated themselves with the influential Eurosceptic press in the United Kingdom by polemical and provocative briefings to present Mr Brown as protecting the United Kingdom against the economic and political damage supposedly arising from an uncritical enthusiasm for all things European. British voters have always seen the argument for Britain’s membership of the European Union as primarily an economic one. Mr Brown has used his undeniable authority as a relatively successful Chancellor of the Exchequer over the past decade regularly to cast implicit doubt upon that argument.

It may well be that as Prime Minister, Mr Brown will find it prudent and appropriate to adopt a less dismissive and confrontational tone towards his fellow heads of state and government than he has towards his fellow European finance ministers. He is aware that his sometimes surly image in the past has counted against him for many British voters when compared with the superficially more affable Mr Blair. But in addition to his clear personal reservations about recent developments in the European Union (his few public comments on the European Constitutional Treaty were tepid at best), Mr Brown’s approach at next year’s European Council to any question of relaunching the Constitutional Treaty will be conditioned by another important factor, the British electoral timetable.

The next General Election in the United Kingdom will probably take place in 2009 or 2010. All Mr Brown’s energies as Prime Minister will be directed towards a victory at that time. It would be remarkable is he overlooked the potential harm that, for instance, a revived European Constitutional Treaty could do his electoral chances over the next two or three years. In particular, any referendum on a revised Treaty in the United Kingdom before the next General Election would be a path fraught with peril for the new Prime Minister.

Mr Brown knows that any document bearing any substantial similarity to the Constitutional Treaty rejected by the French and Dutch electorates will need to be submitted to a referendum in this country before it can be ratified. He will also know that his chances of winning such a referendum are very poor, especially if the Treaty has been modified in such a way as to make it more acceptable to the French and Dutch electorates. Not only would these changes probably make the text even less palatable to British voters, but they would be powerful incentive for British electors to reject the Treaty in order to achieve their own preferred changes in the way that their French and Dutch neighbours had. It would be the worst possible preparation for a potentially difficult General Election for Mr Brown to have fought and probably lost a referendum on a revised European Constitutional Treaty. He can be expected to do everything possible to prevent that from happening.

In his likely apprehension towards any proposals for a revived Constitutional Treaty, Mr Brown will probably not be alone at the European Council. Many countries which postponed their referendums on the original Treaty, such as Poland, the Czech Republic and Denmark, might well have difficulties in ratifying any revised Treaty as well. If, as is conceivable, Mr Brown shows himself an advocate at next year’s European Council of amending the existing European Treaties through a limited number of discrete and largely consensual textual changes, he might well find support for such an approach. Arguably, he would in this be following the logic of Mr Sarkozy’s recent proposal for a “mini-treaty,” but paring down yet further its provisions. A “mini-mini” treaty which, for instance, allowed for some more majority voting in the Council, reweighted votes in the Council, improved co-ordination in European foreign policy, involved national parliaments more in the European legislative process, established a semi-permanent Presidency for the Council and gave legal effect in European legislation to the Charter of Fundamental Rights would not need a referendum in the United Kingdom and might not need a referendum in France either. Elements could of course be added to or subtracted from this package, but those favouring this course of action would presumably wish to avoid the wholesale “horse-trading” which underlay the rejected Constitutional Treaty and made it so inaccessible to the European electorate.

The British government has been noticeably reticent about its view of way forward for the European Constitutional Treaty after the French and Dutch referendums. Its reticence has at least partly been a function of its recognition that it would be almost impossible to win a British referendum on the Treaty after the French and Dutch rejections. Until now, it has been able to argue, reasonably, that it is primarily for the French and Dutch governments to make proposals about how to restart the interrupted ratification procedure. At next year’s European Council, Mr Brown will probably find himself called upon to be more specific about British intentions. He is very unlikely indeed to be among those arguing that as a next step a new European Constitutional Treaty should replace the old one rejected in France and the Netherlands last year.