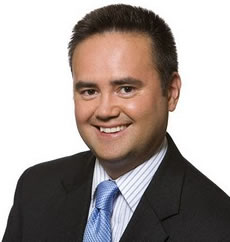 This website posted in the Quotebank yesterday some comments made by the US ambassador to the UK, Louis Susman, regarding the British relationship with the EU.  (Read them here.)

He said that “The US does not want to see Britain’s role in the EU diminished in any way” and that “all key issues must run through Europe.”

American neo-con commentator Nile Gardiner, writing on the Daily Telegraph website, is outraged.  “His statements were an extraordinary intervention in the internal affairs of a sovereign nation,” he complains.  “Britain’s future direction and her approach towards the European Union can only be decided by the British people themselves.”

Indeed it is true that British policy on Europe will be decided by the British and not by the Americans, but that does not mean that the Americans are not entitled to express an opinion.  Is that not what friends do?

Furthermore, the neo-cons themselves are not shy when it comes to expressing opinions about other countries when it suits them.  Lebanon too friendly with Syria?  The Hamas regime in Gaza too dependent on Iran?  Whatever happened to the internal affairs of a sovereign nation then?

Or here in Europe, when we were discussing the constitution, among the people who opposed the idea were the American neo-cons.  Nile Gardiner, to take an example, wrote that:

“It is frightening to imagine what would happen to American interests if the supranational impera­tive in Europe extended further into the foreign and security policy realm.”

No, it is entirely appropriate for countries to comment on the foreign policies, or indeed any policies, of others.  The Ventotene manifesto of 1941 contains the recognition that even the constitution of one country can have an impact on others.  The idea that governments should be silent on matters that concern them is wrong and dangerous and should be resisted.