No to the postcode lottery

Home/Blog/No to the postcode lottery

No to the postcode lottery 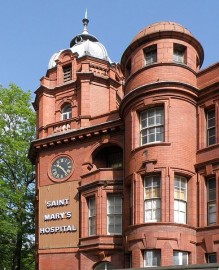 An interesting article in the Financial Times (“Everyone wins in the postcode lottery” by Tim Harford) praises diversity as a means of improving performance.

Diverse ecosystems are more resilient in the face of new parasites, and a business with apparently wasteful experiments around the edges can sometimes benefit if the economic climate suddenly changes

Part of the sorry story of the credit crunch was a collection of financial institutions, pushed by clumsy regulations and propelled by their own poor judgment, all taking much the same large bets at much the same time.

There is a counter-argument lying in the demand for the equalisation of the provision of public services throughout the country.  Variation is often dismissed as the “postcode lottery”.  (Read about this demand in Australia here http://federalunion.org.uk/can-australian-states-survive/)

Federalism likes diversity.  It is an institutional means of defending it.

But federalism also facilitates centralisation, establishing central and common institutions to do so.  The decision as to whether to decentralise or centralise an issue is based on the principle of subsidiarity, with issues handled as decentralised as possible and only centralised if necessary.  There is a federalist bias in favour of decentralisation.

But subsidiarity is only half the argument.  The other half is democracy.

What matters is not just where decisions are taken but how they are taken.  Federalism proposes the means by which both centralised and decentralised decisions can be taken democratically.  That is what those institutions are for.