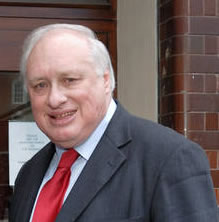 In the wake of the Scottish referendum, Professor Stephen Haseler argues for a federal constitutional settlement.

Professor Haseler will argue that the Scottish referendum has dealt a fatal blow to our antiquated constitution, giving us an opportunity to replace the failed Westminster system with a new federal settlement. He will outline what this could mean for the monarchy – among other political institutions – and explain how such fundamental constitutional change could see Britain finally breaking with its imperial past.

The lecture and discussion will be chaired by Graham Allen MP.

Tickets for this event cost £10 for members of the two host organisations, and £12 for all non-members. The ticket price includes a free wine reception after the lecture. Please register using this link to Eventbrite.

Stephen Haseler is professor of government at London Metropolitan University and director of the Global Policy Institute in London. He has held visiting professorships at Georgetown University, Johns Hopkins University and the University of Maryland-Baltimore County. His specialisms are British politics, the UK constitution, transatlantic relations and European defence and he has authored numerous books on these subjects.