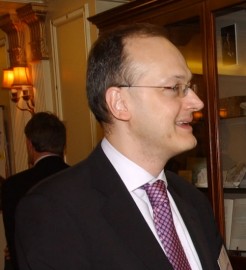 An intrepid group of Danish pro-European campaigners want to know why they can’t join European political parties. As reported in these pages earlier this week, Søren Winther Lundby, Sophie Nielsen and Steen Gade have written to the European level coordination of each of three groups – the Socialists, the Liberals and the Greens –applying to become individual members.

Now, while I am a great supporter of the idea of European-level politics and also of European level political parties, I don’t think this is the right way of going about it.

Political parties form because a group of people share a political idea and can advance that idea better by being organised and united. They don’t form simply because of the idea. European political parties are a great idea, but they need to find a job to do.

Read the whole article at 061027EUobserver