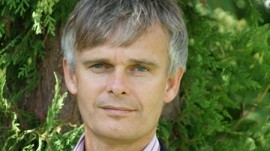 There’s a new initiative to try and create European political parties. This one comes from Denmark, and the aim is to establish a notion of individual membership at the European level. There are articles about it on EUobserver.com here and here, and my Comment piece explaining my disagreement with the strategy can be read here.

I can imagine the reaction of the people in the Brussels offices of the three political groups receiving these letters and 20 euros asking for membership. Such a hassle. How can it make sense to try and organise people at the European level when they are already organised nationally? This is one of those things that can better be done at a lower level.

I would say the same about joining the Conservative Group for Europe, for Tories, except that I find it harder to imagine that many members of the British Conservative party will be writing to Brussels asking for more party politics. Their MEPs have fought and lost a rearguard action over membership of the EPP-ED: the next election will be fought under a different banner. (You can read about this here.)

Although, thinking about it a bit more, maybe there will be scope for the EPP group to set up a British chapter, for British Tories in “exile”. Twenty euros to stay morally in the European political mainstream might turn out to be good value.