Political parties should nominate own candidates

Political parties should nominate own candidates 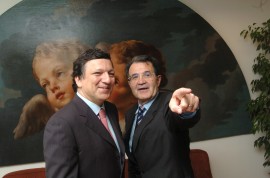 Published in the Financial Times, 3 July 2004

Sir, John Szemerey (Letters, June 26) proposes that candidates for president of the European Commission should contest the European elections, having been nominated first by the European Council. Why can they not be nominated by the political parties?

Any political party that wanted to be taken seriously would choose a candidate who would not subsequently be rejected by the heads of state and government. As to the concern you have previously expressed in an editorial (May 27) about the “quality” of the next president of the Commission, is the quality in a democracy not something to bedecided by the voters? Perhaps the European Union is not ready for this right now; maybe it will be in 2009.