Present at the creation

Home/Latest News/Present at the creation

Present at the creation 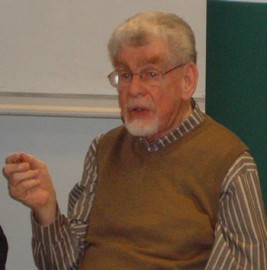 From the start, the goal of the European project was political. To quote from the preamble of the 1951 Treaty Establishing the European Coal & Steel Community, the participating states “resolved to substitute for age-old rivalries the merging of their essential interests; to create, by establishing an economic community, the basis for a broader and deeper community among peoples long divided by bloody conflicts; and to lay the foundations for institutions which will give direction to a destiny henceforward shared.” Not an alliance therefore, nor simply a customs union, but a new, innovative political structure.

Since that early agreement the institutions have grown in sophistication. Further treaties have extended the policy areas covered, radically increased the number of member states, abolished internal borders, introduced a European citizenship with a more or less common passport and established an elected parliament with genuine though limited powers; yet every stage has also been characterised by uneasy compromises over the working relationship between the Community/Union, its member states, and the citizenry. Such tensions could be dismissed as merely the growing pains of our new multi-state political entity, but the decline in popular enthusiasm for the European project, the low turn-out at European elections, and the difficulty in reaching common decisions in such key areas as foreign policy and the environment all indicate that the original sense of purpose is fading and action must be taken to revive it.

The crunch came in December 2000 at the abrasive European Council meeting in Nice, one of whose tasks was to prepare the EU for its pending enlargement. It followed the established route of preparatory meetings between national civil servants leading up to the final lengthy, often bad-tempered negotiations between the heads of member states’ governments. The talks dragged on until, emerging at dawn after the last, overnight session, British prime minister Blair was heard to say that this was no way to go about Europe’s business. In that at least he was right, and everyone knew it

A year later in Laeken [Brussels] the European Council issued a Declaration establishing a Convention to clarify the division of powers between the EU and its member states, to examine its working procedures, and to simplify the wording of the existing treaties to help citizens understand them more easily.

The project was in one sense revolutionary. Every step in the development of the European Union to date, from the Coal & Steel Community to the Treaty of Nice, had been achieved by means of intergovernmental negotiations held in secret where governments could hammer out their compromises away from the public gaze and the nagging of opposition politicians. But this time, and in line with the Laeken Declaration, the Convention’s meetings were to be held in public and its proceedings published. This openness enabled interested journalists such as Peter Norman to follow the work day by day.

In his book The Accidental Constitution, written before the French and Dutch referenda, he recounts in fascinating detail not only the debates on each section of the ensuing treaty, including such vexed issues as the pressure from various religious groups to include some mention of God in the final text; he also gives highly informed thumbnail sketches of the main personalities involved.

Most of the Convention’s members were parliamentarians: 30 from each of the fifteen member states’ national parliaments, 16 from the European Parliament, plus one member representing each member state’s government. They were supported by a corresponding number of “alternate” members and applicant countries were represented proportionately. In addition, the Commission sent two representatives and there were observers from the Committee of the Regions and the Economic and Social Committee.

For federalists the nature of the work was clear. Europe needed a constitution, though at that moment in time few among the member states’ heads of government would have used that word. Nevertheless, the Convention’s chairman, Valéry Giscard d’Estaing, embraced the concept, openly comparing the task ahead to the proceedings of the Philadelphia Convention in 1787 which drew up the American constitution, although the differences were enormous. No 18th century state had as complex an administrative or political structure as those of 20th century Europe. Moreover, the previous European Treaties had put in place a patchwork of legislative and administrative systems which somehow had to be included, though they were not always compatible with the simplification and standardisation of procedures which an ideal constitution would require.

Nevertheless, after an initial “listening phase” the Convention’s Praesidium published a preliminary “draft Constitutional Treaty”-in effect only a skeleton outline of the work still to be undertaken-thereby firmly embedding this concept in the public mind. It established a preliminary working framework which was remarkably similar to the final agreed document though, as Peter Norman describes, reactions among Convention members were mixed. His account of what followed, both in terms of the political debates and the personalities involved, is invaluable for anyone interested in what was after all a major experiment in Europe-wide democracy. He takes the reader through the maze of working groups, the mass of reports and other documents, and the methods used to arrive at a consensus which most members willingly accepted.

Yet he is not uncritical. Among his final comments he writes that “institutional issues were never thoroughly aired” and for this he blames “interventions of the larger member states”. On this question his chapter on “Institutional Imbroglio” is particularly interesting in the light it throws on the pressures to which the Convention was subject.

While Peter Norman writes from an observer’s viewpoint, Andrew Duff MEP, one of the most active members of the Convention, takes a more partisan position in his account of what he calls The Struggle for Europe’s Constitution. In one of his thumbnail sketches Peter Norman describes him as “a rare combination of UK citizen and convinced federalist. . . not afraid to provide the grit for the Convention’s oyster. . . so enthusiastically federalist that a UK diplomat was once heard proposing that he should be tried for treason!”

Duff offers a succinct account of the events leading up to the Convention, discusses the problems involved in constitution writing and then proceeds to guide the reader through the main details of the final text, in many cases outlining the debates which led to the present wording. As he points out, the result was not always unambiguous. For instance, Article I.1(2) states that “The Union shall be open to all European States which respect its values and are committed to promoting them”-but dodges the issue of how Europe can be defined, a question which in particular affects Turkey’s application for membership. Geographically? If so, where is the eastern border situated? Historically? But Cyprus, for example, was part of the Ottoman Empire for 300 years. Culturally, then? That could include Australia and New Zealand. As Duff writes, “Europe as an intellectual concept has global reach.”

But it is the chapter entitled “Shifting the institutional balance” which holds the key to the entire constitutional debate, for it demonstrates how far the original ideal of laying “the foundations for institutions which will give direction to a destiny henceforward shared” has given way to a scramble for power between the member states’ governments. In describing the ebb and flow of negotiations over the proposed appointment of a semi-permanent “super-president” of the Council, Duff demonstrates how in some respects, especially in external affairs, the draft constitution strengthens the intergovernmental nature of the EU. Any thought that an EU President might be democratically elected was absent from the proceedings.

These chapters on the actual draft text will for many readers be the most valuable part of Duff’s book, for it rehearses arguments which, should the ratification process be revived, are likely to re-surface. It was while he was still writing it that the draft constitution was driven on to the rocks by the adverse winds of public opinion in France and the Netherlands, leaving the EU faced with a dilemma. The failure of the Nice Treaty to make adequate provision for the existing enlargement to 25 states led directly to the Laeken Declaration and the Convention. Now, with yet more adhesions on the horizon, the need for further reforms such as those proposed in the draft constitution [now shelved] is even more urgent..

In his final chapters Duff sets out number of options. The suggestion that the referenda in France and the Netherlands might be re-run after a cooling off period he rules out as unrealistic, and so too is the idea that the European Council might agree to scrap the rule requiring unanimity for the ratification of treaty amendments. His favoured option-re-negotiation of certain parts of the draft Constitution, possibly by another Convention-he discusses at greater length. Some will think he is baying for the moon; others might feel that, messy as it seems, this could be the best way out of the morass. One way or another the challenge will have to be faced by European Council at the Vienna Summit this June, 2006.

John Parry is Honorary Vice-President of the Union of European Federalists. The opinions expressed are those of the author and not necessarily those of Federal Union.