Regional assemblies are a hard sell

Regional assemblies are a hard sell 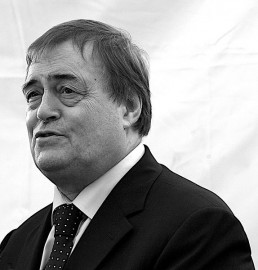 The dog days of summer lend themselves to the more minor issues of political campaigning. Across the country, Conservative MPs and PPCs are trying to pick a fight over elected regional assemblies, claiming that Labour intends to reintroduce the plans that were dropped after the 2004 referendum defeat in the north east. Labour, for its part, denies any such intention.

Regional assemblies in England are unpopular. The north east proposal failed because it was seen, not wrongly, as a centralising move – taking powers upwards from local government – rather than as a decentralising move – taking them downwards from Whitehall. One of the major advantages of regional government is precisely that too much is done at the centre and that powers ought to be exercised closer to the people, but that was not what the north east proposal would have done. Conservatives find it quite easy to blame John Prescott for this – he was the minister in charge at the time – and who is to say that they are wrong.

The consequence is that the idea of English regional government has been contaminated, perhaps for a generation. And this is a shame, because the most successful economies in Europe have a level of government with real power over a community of 5 to 10 million people. The English ought to emulate this, but they do not.