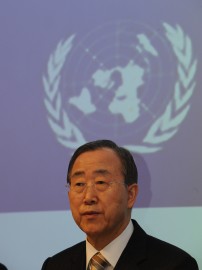 Last year’s annual review remarked that 2005 had been a bad year for federalism. By those standards, 2006 was a better year. Not necessarily because there were many improvements, but at least things did not go on getting worse.

You could be forgiven for not realising that the United Nations now has a new Secretary General. There were hopes at the beginning of the year that the choice of successor to Kofi Annan would break new ground in openness and transparency, bringing a new set of considerations into the discussion rather than the old ones of what foreign ministries around the world might tolerate. Sadly, that did not happen, but at least the choice of Ban Ki-moon did not turn into a stand-off between different blocs around the world. The UN remains uncaptured by any of them.

The Doha round of world trade talks got nowhere. Americans and Europeans blame each other, the rest of the world blames them both. Without a clear-sighted expression of the common interest, it is going to be hard to break down the illusion that the WTO is a place to seek national advantage. It is an old fallacy that trade is a zero-sum game – if I do well, that does not mean in fact that you are doing badly – and it remains a fallacy that trade negotiations must be the same.

This year will see the dual German presidency of both the Council of the EU and the G8. When Britain had the same combination in 2005, we were told this was a once-in-a-generation opportunity to take substantial steps in fighting poverty. Either generations come round quickly these days, or in fact the solutions to global problems need a longer and more concerted strategy. Summits rarely solve anything.

Here again, there is little progress to report. We await a new set of proposals on reform of the House of Lords – actually, we probably await an old set of proposals on Lords reform but we can live in hope. The development of English regional government has ground to a halt.

The weakness of the current British system was demonstrated by the abandonment of the investigation into bribery in the arms business. Political intervention trumped the judicial process, for fear of embarrassing members of the Saudi royal family. Public opinion was shocked by this action, not surprised. We are so ground down by the present establishment that we do not expect anything better.

2007 might, by contrast, be a year of radical change, but whether it does so depends on the voters in Scotland. The Scottish National party is riding high in the polls at the moment, and the third elections to the Scottish Parliament in May might lead to all kinds of developments. Suddenly, politics might become about taking decisions again.

In Europe, too, the coming year will see decisions loom. Enlargement to Romania and Bulgaria has been completed, showing that something of the European spirit remains in the face of all kinds of obstacles. But the current phase of negotiation with Turkey cannot go on. Either there needs to be a breakthrough or a regretful but realistic rethink of the entire strategy.

Some more unambiguously good news is that Slovenia has joined the euro, but the UK is no nearer joining itself.

The constitutional treaty is still on hold, awaiting a new strategy for negotiation and ratification. There are several different proposals floating around about how to proceed but until the French have chosen a new president and the British a new prime minister, there is little prospect of progress. Maybe the debate is in itself enough for now: a restatement of the reasons for European integration might concentrate minds on the need for the constitutional treaty, too.

A mid-presidency meeting in Berlin at the end of March will celebrate the 50th anniversary of the signing of the Treaty of Rome. That no doubt will be a jolly occasion, but let’s not get too excited about it. Summits rarely solve anything.

This article was written by Richard Laming, Director of Federal Union, who may be contacted at [email protected]. The opinions expressed are those of the author and not necessarily those of Federal Union.

Lord Bingham on ‘The rule of law”