See you in court

See you in court 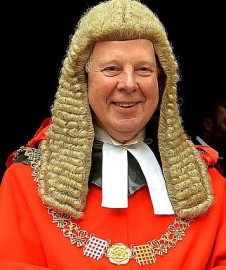 I am having difficulty explaining to people from other countries what’s going on in the High Court at the moment.  There is a case brought by Gina Miller, a fund manager, arguing that the government cannot invoke Article 50 of the TEU (the procedure for leaving the EU) without parliamentary approval.  The government disagrees.

The mystery is how come this is not clear.  The Article sets out that

Any Member State may decide to withdraw from the Union in accordance with its own constitutional requirements.

But what are the UK’s constititutional requirements?  Nobody knows.

Not so fast, says the other side.  It may be an international treaty, but itEU tr is established in the UK by virtue of an Act of parliament and gives rights to British citizens as a result.  It is wrong that a decision of parliament can be overridden by a decision of the executive, particularly when it comes to the rights of the citizen.  There is a string of examples of statutes and laws that enunciate this principle, going back as far as the Bill of Rights of 1689 and the Act of Union of 1706.

The Lord Chief Justice was reported as “baffled” by aspects of the government’s case.  The law requires that amendments to the EU treaties require the assent of parliament, so why not their annulment?  When a senior judge declares himself “baffled”, that is not a good sign.

As far as this website is concerned, it is an open and shut case.  OK, the government has a point when it says that the legislation creating the referendum (non-binding, let us remember) did not explicitly rule out the use of the royal prerogative, but that legislation also made the referendum non-binding in the first place.  It is odd for the people whose complaint was that the House of Commons did not have enough power to object to the idea that it should have more power.

The royal prerogative has previously featured on this website in cases of peace and war.  It became apparent in the case of the war in Iraq in 2003 that the government could commit to war without the explicit approval of parliament.  As we know, in the event, there was a parliamentary debate and vote, but the notion that such a vote could be avoided offended against democratic sensibilities.  Promising to enshrine in law the right of parliament to vote on such matters was a key part of Gordon Brown’s positioning of himself as different from Tony Blair, but such a law was never in fact introduced.  David Cameron made and broke the same promise, although he himself nevertheless turned to parliament for authority for war in Syria in 2013 (and didn’t get it).

In the case of the EU, the crucial point is that it is not simply an international treaty.  Membership of the EU is a fundamental part of our constitution and of our democracy.  To throw it away lightly is mad, to do so without a vote of parliament is scandalous.

Given the result of the referendum, I should imagine that MPs would be hard-pushed to vote against a motion invoking Article 50, but they would be entitled to know what was coming next before deciding not to oppose.  The government has no idea what is coming next, and suspects that if people did know, they would not like it.  Hence the attempt to shut parliament out.

For my part, I think that big decisions should be taken by MPs in parliament rather than by government ministers in cabinet committees.  Take.  Back.  Control.  That’s not so hard, is it?