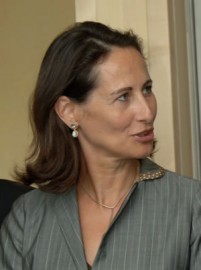 “Europe has failed to fight against unemployment, Europe has also created (social) precariousness, has not rightly reacted to delocalisations. Europe has not embodied an ideal; it has reduced itself to a single currency that led to rising prices and to a vast market.”

Only after should EU institutional reform follow, said Royal, who stated her support for “a short text” that settles “who decides, how we decide and with what institutions we decide.” The reform process would be closed by a referendum, she added.

On Turkey’s EU bid, Royal said she will keep the word of the socialist government led by Lionel Jospin who agreed to start the negotiations, saying: “the State has only one word”. But she added that, ultimately, she would follow the French people judgment in a referendum to be held prior to Turkey’s accession.