Speech to the European constitutional convention

Home/Europe/Speech to the European constitutional convention

Speech to the European constitutional convention 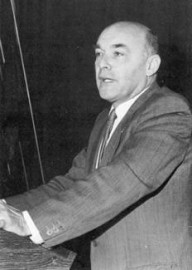 By Fernand Herman, on behalf of the Federalist Voice network

You have heard at length from diverse members of civil society who have expectations of Europe.

Those expectations are many and pressing. For the most part, we share them, but the organisation I represent today are concerned principally with the capacity of the institutions to meet these expectations. Because nothing is more harmful than the repeated declaration of elevated ambitions which are never realised.

If the institutional triangle – Commission, Council, Parliament – has so far been able, in its current configuration, to create the customs union, the single market and finally the monetary union, it is because they worked above all to create common rules, that is to say to carry out legislative and regulatory work. With monetary union and, above all, political union, we need less legislation and more action. So it is the function of the executive that must be reinforced. In other words, Europe needs a government. The citizens have that aspiration, if not that right.

This government cannot be the Council for four simple reasons:

1. To govern one of the largest commercial and financial powers in the world is a full time job, and cannot be carried out in the spare time of people who are already completely absorbed by the management of their own countries.

2. The members of the Council are elected or appointed to defend their national interests and not the European interest. That is why they are always ready to haggle and concede over this or that proposal, something which they demonstrate every day.

3. Being accountable only to their national parliaments, they will never be punished for failing to serve the common interest well. They can never be held to account by the elected representatives of the citizens of Europe. They will be democratically unaccountable.

4. Even though it composed of the strongest figures from their respective countries, the Council is the weakest of the European institutions because it is divided over most issues. A team of strong and vigorous horses pulling in different directions will travel less far than a team of half-starved nags pulling in the same direction.

Because it is legally independent of the national governments and politically accountable to the European Parliament, the Commission should become the government of Europe. But in order to be able to act effectively and decide efficiently, there should be no more Commissioners than there are portfolios, between twelve and a maximum of fifteen. A system of rotation giving each member state an equal right to nominate a Commissioner would maintain the principle of the equality of states. The interests of the small states would be better defended by a strong and independent Commission, guardian of the general interest, than by a Commissioner swamped by a vast Commission downgraded to the level of a second Coreper.

The legitimacy of this executive would be strengthened still further by the election of its president by the European Parliament acting, in the introductory period at least, as an electoral college. Perhaps in the future one might envisage the introduction of a direct election.

It would be suitable that the legislative function should be carried out on the basis of co-decision between the Parliament and the Council, which itself should always vote by double majority (a majority of states representing a majority of the citizens).

We would support the Lamassoure report regarding the division of competences, and the proposals of the Commission regarding foreign policy.

For the simplification and the transparency of the system, it would be wise to bring together the three pillars into one, with the single exception for defence matters where the intergovernmental method and flexibility should remain for the time being.

Since its foundation in 1957, the EEC has had a legal personality at the international level. It is an aberration that the Union, which was supposed to take European integration a step further, is deprived of one. This means it is unable to act properly in the fields covered by the second and third pillars in its dealing with third countries.

Finally, we should review the procedure for amending the constitutional treaty. In a real democracy, it is unthinkable, indeed insupportable, that the will of the representatives of three hundred or even four hundred million people can be obstructed by a country with no more than three hundred thousand inhabitants.

Must the results of the Convention be put to a European referendum, even though some member states do not permit this? The organisations I represent are divided on this question, but all agree that Europe must be built not only by consultation but also by involving citizens and representatives of civil society in the formulation of European principles and decisions.

This speech was given by Fernand Herman, president of UEF-Belgium and former MEP, at a plenary session of the European constitutional convention on 24 June 2002. He was representing the Federalist Voice network of federalist and pro-European organisations lobbying the convention. He may be contacted at [email protected].