That’s all right then

That’s all right then 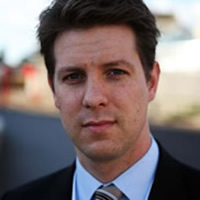 The world is getting better, writes Fraser Nelson in the Daily Telegraph today.  Fitter, happier, more productive, or words to that effect.

And he’s not entirely wrong.  The global economy is growing, if not here in Britain, and the embrace of modern science and modern attitudes is increasing life expectancy and life choices for most people in the world.

Climate change is something to think about.  It is a fact that nine of the ten warmest years on record are since 2001, and the warmest year recorded was 1998.  Maybe disturbances in the climate will bring this happy trend to a close.  (After all, it’s happened before.)

But not if you are Fraser Nelson:

Scour the raw data of the Government’s climate change “risk assessment” (as I did) and you find that a warmer Britain will mean, on average, 11,000 fewer deaths each year by 2050 because fewer pensioners will die from the cold. But do not expect to find this point made in any official report.

Allow this website to suggest that the proper consequence of global warming should be assessed not in terms of its impact on Britain nor on the London Borough of Barnet but globally.  The clue is in the name.  The World Health Organisation has tried to make just such an assessment, which

concluded that the effects of the climate change that has occurred since the mid-1970s may have caused over 150,000 deaths in 2000. It also concluded that these impacts are likely to increase in the future.

Now, one can dispute the measurements of temperature, and one can challenge the assumption that human ingenuity will fail to reduce the adverse consequences, but to choose selectively from the data and the forecasts to pick out the ones that suit the author’s prejudices is not playing fair.  In the context of an article about economic growth in China and India, reference only to the environmental problems of the UK is far too complacent to be credible.