The BBC gets it wrong again

Home/Blog/The BBC gets it wrong again

The BBC gets it wrong again 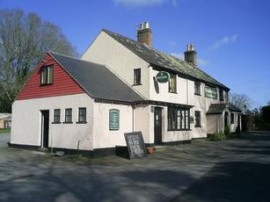 In the wake of scandals over phone-in competitions and even the name of the Blue Peter cat, the BBC needs to confront yet another failing. It reports a UKIP-inspired referendum held in East Stoke parish in Dorset on whether a referendum should be held on the EU (who are people obsessed with process rather than outcome?) claiming that the referendum was on “the new European treaty”, with the question: “Do you want a referendum on the proposed new EU treaty?”

Following the link offered by the BBC to Purbeck District Council, who organised the referendum, one finds that the question actually was “Do You Want a Referendum on the EU Constitutional Treaty? Yes or No?”

Now, the EU Constitutional Treaty was rejected by referendums in France and the Netherlands in 2005 and abandoned at the European Council meeting in June 2007. The referendum in East Stoke was on the old European treaty, not the new one. The new one is the Reform Treaty, and is different. How much different is a contested matter, and the BBC may wish to reflect on whether it is correct for it to take sides in this matter.