The case for global democracy

The case for global democracy 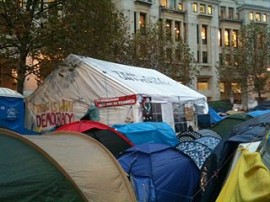 Based on a talk by Richard Laming at the OccupyLSX camp at St Paul’s Cathedral, 11 December 2011

Before talking about the issue of global democracy, I ought to say a few words about Federal Union and its interest in this issue.

Federal Union was founded in 1938, because its founders realised that there was a great evil in the world that the democratic countries could only resist if they did so together.  Trying to take on the Nazis individually would lead to them each being picked off, whereas a collective response could make the world safe for democracy. And they were proved right, of course.

And what was true then is true now.  The evils are different, but their enormous scale remains, as does the need to deal with them together.  Issues such the threat of climate change, or the need to bring order to the financial markets, or the risk of the spread of pandemic diseases can be neither avoided nor solved by any single country on its own.

Some people here today have spoken of the need to break up concentrations of power and decentralise everything, to reject the role that institutions play in dealing with global issues.  I disagree.  Those institutions may be flawed – of course they are – but they are still necessary.  The way to deal with the problem of inadequate institutions playing a vital role is not to destroy them but to improve them.

And if those global institutions are to be improved, how should they be improved?  What are the characteristics that they should have in future?  Here are three ideas. 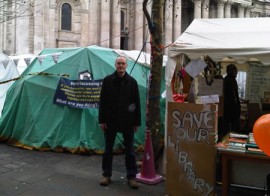 First, they should be founded on the basic idea of the equality of all men and women.  In electoral terms, this means one person one vote, regardless of wealth, education, or any other form of discrimination.  In political terms within international institutions, that means countries should be represented, when countries are represented, according to their size and not according to their GDP.  At present, within the World Bank, for example, Australia has almost twice as many votes as Indonesia even though Indonesia has more than ten times the population.  That isn’t right.

Secondly, our institutions should operate according to the rule of law.  Some people might fear the idea of law, but actually they should welcome it.  Law protects the weak against the strong, by limiting the ways un which the strong can use their strength.  In the context of our global institutions, this means that both that the decisions of the global institutions should have the force of law, and that they themselves should be subject to the law in the way they operate.

On the first of those points, as long as the G8 or G20 summits are only declaratory and not law-making, no-one can rely on the things they say.  For example, the promises regarding debt relief made at Gleneagles in 2005 were largely never kept.  If they had had the force of law, they would have been.  The idea that political authorities should not only make the law but be subject to the law themselves is a revolutionary idea in the course of the development of politics and democracy.  Let us take that idea to the global institutions, too.

And thirdly, I think that our global institutions should act with the maximum openness and accountability.  The money they spend is our money, the things they say, they say with our voices.  The citizens should be allowed to know how their money is spent and how their voice is being used.  The argument used to be that diplomacy is different, that the way in which states relate to each other is different to the way in which they behave domestically, and as a result different rules apply.

I shall conclude with a specific example of a change in the global system that would embody these principles and that is the idea of a global parliamentary assembly.  It is a common idea in liberal democracy that there should be, within the system of government, a body that has the duty not of executing decisions but of holding the people who do executive those decisions to account.  It is composed of people who have no special talent or qualification except for the fact that they have been elected to be there.  They are the voice of the people within the system and not the voice of the system itself.

Our local and national systems of governments include such parliamentary institutions, as does the European Union, but from the global level they are absent.  To create a global parliamentary assembly – it could have a consultative role to start with rather than a formal legal role – would introduce into the United Nations and other global institutions the kind of independent scrutiny what they need and that they currently lack.  It is a radical idea, but also a familiar one.  I hope you agree it is worth a try.