The EU gets the wrong farm deal

The EU gets the wrong farm deal 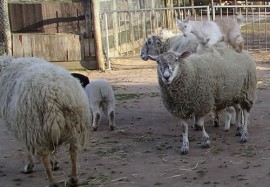 EU farm ministers never tire of discussing the Common Agricultural Policy. The latest negotiations concluded in the early hours of Thursday morning, over the so-called CAP healthcheck. The aim was to revise some aspects of European agricultural policy, but without affecting its overall cost. (The EU budgetary process sets budgets for 7 years at a time, with the current budget settlement running until 2013. It will be the debate about the next budgetary period that will really trigger proper review of the CAP.)

There has been a mixture of welcome and criticism for the agreement that has been reached, with the various changes made to milk quotas, payment modulation, national envelopes and all the rest. But the interesting point is that the decision was reached by ministers in the early hours of Thursday morning. They never tire of the discussions, but surely they get tired. Is it really right that such an important area of policy is dealt with in such a ludicrous manner?

Who is thinking at their clearest at that time of night? Summits, particularly agricultural summits, are notorious for making mistakes and including them in the finished texts. Better would be a more orderly system of taking decisions that does so in a more paced and measured manner.

Next, what kind of accountability can there be for decisions taken in this manner? Where is the parliamentary process? There were no national or European parliamentarians engaged: only ministers and civil servants. That’s not the modern notion of democracy. While the overall cost of the CAP can’t be touched, there are various levies and charges that can be adjusted, and changes to these amount effectively to changes in the tax burden. It can’t be right that ministers can take decisions on the tax burden in the middle of night without reference to anybody.

Ever since John Hampden refused to pay the Ship Tax in 1637, the legitimacy of taxation has been at the heart of politics. The slogan “No taxation without representation” still echoes from the days of the American revolution. It is a lesson the EU still has not learned.

Jack Thurston, writing in the Guardian, complains that the ministers involved are interested only in the fate of the agricultural interests rather than those of wider society. He may be right, but the solution is not to send a different set of ministers to the meetings. Instead, the EU should copy its most successful policy areas – the single market, environment – which are managed according to the Community method (what the Lisbon treaty dubs the “normal legislative procedure”) and bring the normal parliamentary disciplines of accountability and transparency to the agricultural table.