The fate of declining communities

The fate of declining communities 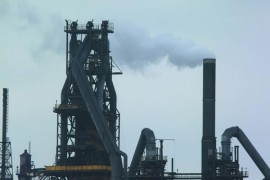 Jonathan Guthrie writes in the Financial Times about the problems faced by towns and cities once the economic reason for their prosperity goes into decline. Cities in the north of England, for example, once were ideal locations for heavy manufacturing industry but have now lost out to much lower wage competition in China. What happens to those cities now?

For federalists, the answer is probably a combination of action at national or European level to provide funds and know-how to support regeneration and action at regional or local level actually to regenerate. Experience shows that the health of a community, whether economic or otherwise, comes from the bottom and not from the top. An influx of money can help make things better, but it cannot does so on its own. Countries with an effective level of regional government are better placed to deal with economic change.

But how far can this process go? Can economic evolution be resisted forever?

Jonathan Guthrie writes rather brutally that “Any human settlement is ultimately only a location whose utility changes over time.” Traditional nationalism might have something to say about that.

Communities invest their land with a strange magic. How many folksongs and national anthems sing the praises of a territory? Nineteenth century painters expressed their national identity by painting landscapes of their local countryside rather than classical allegories set in made-up Mediterranean settings. And much of the continental resentment about British views of the CAP comes from people who have seen the East Anglian prairies and do not want to see the vistas of Tuscany or the Dordogne go the same way.

Think of the role that rivers, mountain ranges and islands play in shaping political communities and cultures. An investor siting a factory might think in terms of locations, but politics and human identity demand more than that.

That is not to say though that economic forces can be resisted, merely that the political determination to resist them is strong and understandable. Let’s put Jonathan Guthrie’s words into the mouth of a politician: “The United Kingdom is ultimately only a location whose utility changes over time.” Who, other than Alex Salmond perhaps, could say that?