The future of English regional government

The future of English regional government 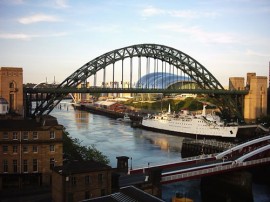 “I would be interested to know what the Federal Union’s response is post-NE Assembly defeat (which as you know was rejected by nearly 80%), and how it sees federation working for the UK? Of course the NE vote is a major set back, given that it comes from an area most positively identified by those who wished to carve up England into regions.”

First, it is argued that there is no appetite for constitutional reform in England. We are a small-c conservative people, who have existed happily for centuries without a written constitution and who see no need for one now. It might be suitable for foreigners if that is what they want, but not here thank you.

Secondly, there is the more general notion that politicians are not to be trusted. The 45 minute claim and the WMD saga have led to a general public suspicion of anyone in government.

In the context of regional government, these two arguments have a lot in common and it makes sense to deal with them together.

If they are true, and they might be, then in a democracy that is the end of that. However, I am not sure they are true and, in a democracy, I am free to argue for whatever it is I believe in if I so wish. And, despite the No vote in the referendum and public scepticism about politics, I still think that regional government in England is a good idea.

I have a lot of sympathy for this approach. The regional government proposal put to the referendum was not a very good one. It did not make a decisive change to the nature of political decision-making in the region. There was not much decentralisation on offer, and in fact it threatened to have an impact on the conduct of local government, too. Federal Union made a number of these criticisms during the consultation on the bill.

Furthermore, the reason to vote Yes was often presented as a managerial reform rather than a political one. The government could not bring itself to articulate a vision of a new system of government for England. If it had succeeded in doing that, voters might have supported the proposals on the basis that they were the necessary first step towards something better. However, in the absence of any proposals for the rest of England (and in the aftermath of retreat from holding referendums in Yorkshire and the North West), there no real attempt to do this. The case for a Yes vote lacked a broader narrative which the beleaguered North East Yes campaigners could not provide on their own.

So, in the light of the failure of the referendum in the North East of England, what happens next? There clearly isn’t going to be a repeat referendum there or anywhere else anytime soon, so advocates of regional government have some time to reassess what they should be arguing for.

First, there is the option to do nothing. Take the referendum vote as indicating the views of the English electorate rather than the English political class: there is no desire to give more politicians more power. Other issues should take priority. I suspect that most party politicians will take this view, and with a European referendum coming up very soon, I am tempted to agree with them.

The second option is to give up on the idea of English regions as political entities but to turn instead to England itself. An English parliament could be the complement of the devolved assemblies and parliaments in Scotland, Wales and Northern Ireland. Such a body would bring to an end the imbalance in Westminster decision-making and provide a definitive and final answer to the West Lothian question.

One of the arguments against regional government was that England does not really have regions. They exist administratively but not in the public mind. Democracy cannot be created within artificial boundaries – all those participating in democratic politics must agree that they have something in common that their shared democracy is necessary to govern. There must be a demos. The regions does not have this: England as a whole does. There will be a rugby match against France at Twickenham this afternoon, for example.

The problem with this proposal is that it solves all the problems of governance except the most important one: is it going to lead to better government? A central plank of the case for English regional government is that a country of 60 million people is too big to take effective decisions on many of the major issues, such as on public services and planning, for example. If 60 million people in the UK are too many, the same is probably true of 48 million people in England.

Furthermore, the overwhelming preponderance of England within the UK might also lead to increased separatist demands in the other three countries. This may or may not be a good thing, according to your taste.

The third option is to reinvigorate the case for viable, democratic regional government in England. This is not just a question for the regions but also a question for Westminster, and will not happen quickly. The assumption that regional democracy can simply be tacked onto the existing regional administration is probably mistaken. How to go about solving this question is going to be complicated, but as I suggested above, I do not think we are in a hurry.