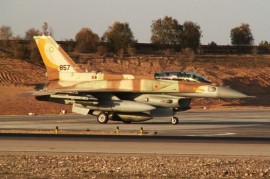 In the Gaza Strip, a new and particularly cruel chapter of the conflict between Israelis and Palestinians is currently being written. As a contribution to this discussion, I believe it would be useful to schematically outline five considerations of a structural nature which should act as a guide to the search for a fair and lasting solution to this historical tragedy. Such observations can be placed within the fundamental context which has been expressed by the EFM ever since it presented a petition to the European Parliament supporting the creation of a Palestinian state (see “Piemonteuropa”, 1980, n. 2).

1) The factor which triggered the Gaza War is clearly constituted by the extremist and adventurist stance adopted by Hamas. This is a movement characterised by Islamic fundamentalism and whose objectives, established in its charter, include the destruction of the Israeli state and the expulsion of all Jews from Palestine, none of whom must “escape from the holy war, neither civilians nor children”. Hamas took power in Gaza, abandoned by Israel in 2005, by winning the Palestinian elections in 2006 at the expense of Fatah, forcing out Fatah’s exponents and giving rise to secession from the Palestinian National Authority, chaired by Arafat’s successor, Abu Mazen. Since then, Hamas has pursued a line of systematic provocation towards Israel, particularly with missile launches towards Israeli territory, which ultimately led to direct Israeli attacks in an attempt to eliminate such a threat. We must condemn Hamas and its terrorist actions and without reservation. At the same time, however, if one wishes to obtain an adequate political overview of the situation, one must highlight the objective conditions in which such a movement was able to come to power with the consensus of the vast majority of the inhabitants of Gaza, and consequently draw them into its adventuristic extremism. In this connection it is necessary to underline the undeniable role played by the extremism present in Israeli politics.

2) The fundamental point is that such politics are influenced by the substantial rejection of the solution to the Palestinian question indicated by the UN resolutions, which are supported by the Arab League, the more enlightened members of the Israeli and Palestinian populations, the European Union, Russia and – albeit with some hesitations – the United States. The salient points of this solution are the following: the creation, alongside the Israeli state, of a Palestinian state whose territory would include the West Bank, the Gaza Strip and East Jerusalem; the withdrawal of Israeli settlements from these territories; the solution of the problem of Palestinian refugees, for whom adequate compensation must be provided as well as full citizenship within the Palestinian state (this is a position which is supported by the Arab League as an alternative to the principle of returning to the lands inhabited before 1948, which would lead to unsustainable upheaval). This arrangement – which must be accompanied by a profound and peaceful cooperation between the two states with regard to the common management of waters, some fundamental infrastructure, economic interdependence, security and holy sites – was rejected by Israel, which continued to pursue policies which prevent any kind of effective development towards an independent and viable Palestinian state. This is reflected in the settlements on the West Bank (as well as those in East Jerusalem), which continue to deprive the Palestinians of the best parts of this territory, thus making their lives impossible. The evacuation of the 5,000 Israeli settlers from Gaza was carried out without any agreement with the PNA, weakening rather than strengthening its authority. The Gaza Strip, where one and a half million people are concentrated and subjected to inhuman economic conditions and appalling hygiene, has on the other hand become a veritable circle of hell thanks to the block imposed by Israel. In this situation, in which no real progress towards an evolutionary settlement can be seen, it is inevitable that extremist and destructive tendencies establish themselves and systematically propagate. The choice made by Arafat’s PLO to pursue peaceful agreement was followed by the establishment of Hamas, and if this movement was to be destroyed through military intervention (a rather rash hypothesis), it would lead to the rise of even greater extremism.

3) Israeli extremism therefore constitutes a factor which must be taken into account in order to understand (which does not mean to
justify) the consensus obtained by extremist tendencies among the Palestinian people and to take a realistic view of the conflict between Israel and Palestine. Such an overview however remains incomplete if one fails to consider to objective situation, which in turn in a decisive manner feeds Israeli extremism. Here, the fundamental point is that the security of Israel (and thus its survival) has always depended ultimately on its military strength and therefore on its ability to defeat the combined Arab (and Islamic, including Iran) forces that surround it. While this existential condition remains constant, Israel’s raison d’état will always be irreconcilable (beyond any hesitation, wavering or apparent willingness to compromise) with the institution of a viable and independent Palestinian state conforming to UN directives. Here lies the origin of a militaristic, expansionist and colonialist attitude which blocks the road towards a lasting peaceful settlement and maintains conditions of chronic crisis which could yet degenerate into one of regional or even worldwide implications. Such an attitude fails anyhow to guarantee Israel’s future in view of unstoppable demographic, economic and geopolitical dynamics.

4) In order to find a way out of this maze, the structural factors which Israeli raison d’état is unable to disregard must undergo radical change. In other words, a situation must be established in which the security of Israel and of the Palestinians (as well as their neighbouring countries) is not guaranteed by sporadic intervention of feeble intensity, but by permanent structural intervention on the part of an external third party. There is a significant historical example from which we should draw inspiration, and it was America’s foreign policy that crucially enabled conciliation between France and Germany and, from that basis, the process of integration, pacification and democratisation in Europe. It should be remembered that America’s intervention consisted of a huge aid programme both on an economic (the Marshall Plan, making crucial aid for reconstruction dependent on pacification and integration) and security level (a military presence which effectively made it impossible to proceed with the power policy between France and Germany). In the case of the conflict between Israel and Palestine, considerable economic support – necessary both for the prosperity of Israel and its ability to provide compensation for the Palestinian refugees, and to allow the development of an active Palestinian state – must be accompanied by the lasting political and military presence of a third party which, beyond the albeit necessary forces of interposition, overcomes at the root the problem of security being entrusted essentially to the power of Israeli and of the other local players.

5) The players whose intervention is so invaluable (and who would be capable of implementing it) are namely the European Union, the U.S.A and Russia (who, together with the UN, constitute the quartet which was spoken of for the first time in 2002). Not only must their intervention take place according to a UN mandate, but it must also be placed within the framework of a wider initiative aiming to bring peace to the Middle East as a whole, one which would have two fundamental aspects: a conference for security and cooperation in the Middle East, including Iran (disarmament, trust building measures, Nuclear Free Zones, cooperation in areas such as technology and the environment); the launching of a regional integration process according to the European model, starting with Israel, the Palestinian state and Jordan. The fundamental interests of the EU, the USA and Russia in relation to the pacification of the Middle East (and therefore the solution of the central problem constituted by the Israeli-Palestinian conflict) are clear, and this must be one of the priorities if one wishes to construct a fairer and more peaceful world as an alternative to degeneration towards destructive anarchy. It is equally clear that in this context the EU should be called upon to play a decisive role given its experience of regional integration and pacification (providing a model for other similar processes), its geographical position, the solemnly declared aims of its foreign policy, its actual and potential political and economic resources, and the fact that it is not hampered, unlike the U.S.A, by being closely identified with one of the parties involved in the conflict. The EU must therefore assume a leading role with regard to policy – which should become one of the main commitments within the framework of the European Union for the Mediterranean – aimed at resolving the Israel-Palestine conflict and at bringing peace to the Middle East as a whole. This in turn would bring an obligation to provide considerable long-term resources for such a policy on an economic and security level, similar in kind to those employed under the Marshall Plan along with the creation of the NATO. Such intervention will have to be notably greater than what the EU has done up to now, , however useful that may have been. Such a crucially important task for the EU also means that it must overcome the obstacle represented by its inability to act effectively on an international level, a problem which derives from its confederal limitations in the sectors of foreign policy, security, defence and finance, as well as from the consequent inadequacy of its democratic legitimacy. It is therefore necessary to strive for the full federalisation of the EU in order to make European unification both solid and irreversible, and at the same time to increase the chances of finding a solution to a tragic conflict that risks dragging not just the Middle East but the entire world further towards catastrophe.

Sergio Pistone is the professor of the history of international relations at the University of Turin and vice-president of the Union of European Federalists. He may be contacted at [email protected]. The opinions expressed are those of the author and not necessarily those of Federal Union or the UEF.