The high price to pay for fuel

The high price to pay for fuel 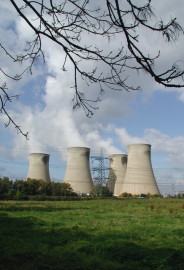 I wince as my gas and electricity bills arrive.  It’s so expensive now, domestic heating, despite all the penny-pinching things to use less fuel I’ve done to keep our costs down.

But another part of me thinks that it’s a good thing that domestic fuel is expensive.  If climate change is really a problem, then people should be trying to use less fuel and a high price will encourage them in their efforts to do just that.

The real problem is when the high price of fuel falls on the people who can least afford it.  Some 9 per cent of the population are said to be in fuel poverty, that is to say that to meet their energy needs would leave them with a residual income below the official poverty line.  A high fuel price, whatever its benefit to the climate, hurts these people most.

To fight climate change, therefore, is not just a matter of setting the right fuel prices but also of helping the people who would lose out the most as a result.  It is inseparable from questions of redistribution.  This is not to say what those redistributive policies should be, only that there must be some acknowledgement of the different places at which people start.

And if that is true within a country, it is so much more true between countries.  Here in the UK, we have an annual per capita GDP of $36,000.  In the US, it is around $50,000, while in Ethiopia it is only $1,200.  The carbon dioxide emitted in the UK, the US and in Ethiopia is just the same per barrel of oil, which means that the cost of the pollution from that barrel of oil would make up a much larger part of an Ethiopian’s expenditure, were fuel prices to be used as a means of reducing emissions.

A global approach to fighting climate change (and there can be no other) needs to based not only on the state of the atmosphere – how much carbon dioxide can we emit – but also on an acknowledgement of people’s different starting places.  It is a matter of science but also a matter of politics.

There will have to be shared political institutions to take those decisions about how much and how to reduce emissions, and who should pay for it.  The predominant focus that has been given to the science in recent years misses this bigger point.  If we are to accept paying higher prices for our electricity and gas, we have to know that it is money well spent.